This month’s off-the-grid streaming suggestions are an even more eclectic mix than usual: a handful of indie dramas, genre treats for your late-night needs and thoughtful documentaries on movies and economics.

Stream it on Amazon.

Harry Styles’s big acting moment is generating plenty of coverage (for good and ill) this fall, but let’s not forget the boy-band-members-turned-thespians that preceded him. One of the best, at least in recent years, is Nick Jonas, who paused his music career at its mid-2010s zenith to take on a supporting role in this adaptation of the harrowing memoir by Brad Land. Ben Schnetzer stars as a young man entering college who pledges at the same fraternity as his brother (Jonas), but finds their elaborate hazing rituals brutal and abusive. The director Andrew Neel orchestrates the action for maximum impact, making this not only Land’s story but one of the insidious influence of toxic masculinity on campuses across the country.

Stream it on Netflix.

The writer and director Rick Famuyiwa’s “The Wood” and “Brown Sugar” were two of the most insightful snapshots of young adulthood released in the late 1990s and early 2000s. For his Sundance sensation “Dope,” the filmmaker crafts an entertaining and energetic story of three teenage friends (played with verve by the charismatic Shameik Moore, Kiersey Clemons and Tony Revolori) who still ride bikes and play in a punk band for fun yet find themselves in possession of a backpack full of stolen drugs and a loaded gun. Famuyiwa hopscotches tones with ease and moves his story like a locomotive, though he occasionally slows for a charming flirtation between the main character Moore and his dream girl, played by Zoë Kravitz.

Stream it on Amazon.

Regina Hall — currently capturing attention for her excellent work in “Honk for Jesus. Save Your Soul” — is hilariously flustered and enormously sympathetic as the manager of a Hooters-style sports bar in this first-rate comedy-drama from the writer and director Andrew Bujalski. Lisa (Hall) is equal parts boss, den mother and support staff, keeping her team of attractive young waitresses on the ball and a safe distance from their leering customers. It’s a relatively modest (and not heavily plotted) hangout movie, but the writing is shaggily funny and the ensemble cast is aces, with particular praise due to Haley Lu Richardson as the most spirited member of Lisa’s crew.

Stream it on Hulu.

From the time they burst onto the hip-hop scene in the early 1990s, Staten Island’s own Wu-Tang Clan has sung the praises of kung fu cinema, borrowing samples for their albums and mythology for their members. So it was probably inevitable that founding member RZA would make a martial arts movie of his own, directing, co-writing and co-starring as the blacksmith of a village in 19th century China that is taken over by an evil clan. But the blacksmith fights back, with the help of a resourceful madam (Lucy Liu) and a hedonistic gun-for-hire (Russell Crowe, clearly having a blast), in a series of thrilling action scenes choreographed by the Hong Kong cinema legend Corey Yuen.

Stream it on Netflix.

Joe Dante’s original, 1978 version of “Piranha” positioned itself somewhere between a spoof of “Jaws” and an exploitation movie rip-off. Alexandre Aja’s remake sends up the Spielberg classic even more explicitly, thanks to an opening sequence that shows Richard Dreyfuss himself fishing and singing “Show Me the Way to Go Home” before he’s attacked by the title creatures, a particularly vicious strain of flesh-eating, bloodthirsty fish, unleashed by an earthquake under Lake Victoria on the eve of spring break. The result is a stew of bikinied babes, venerable character actors and cartoonish kills, culminating in a literal blood bath on the beach. It’s both gloriously stupid and embarrassingly entertaining, with stars Elisabeth Shue and Adam Scott miraculously finding the right, straight-faced note for all the silliness.

Stream it on Hulu.

“There are no good guys in this story,” the investor Dan Davis explains. “Including me.” Davis was the documentarian Jed Rothstein’s entry point into the story of what he calls “an enormous fraud that spanned the globe” in the wake of the 2008 financial crisis — and one that was entirely legal, a “reverse merger boom” of wildly overvalued stocks for fraudulent businesses in China. Telling that story involves a fair amount of detective work, which Rothstein executes with flair; it’s smart as a whip without alienating the less savvy viewer, explaining the story’s complex financial transactions without (much) condescension and taking down some fairly sacred cows in the process. (General Wesley Clark does not come off well.)

Stream it on HBO Max.

When the great French-Belgian filmmaker Agnès Varda died at age 90, in 2019, she left a rich and varied filmography — more than fifty credits over as many years, including heart-wrenching dramas, surrealist short films and freewheeling documentaries. In this, her final film, Varda revisits her career, encapsulates her work and shares her philosophies of filmmaking, living and loving. It’s a chatty and warm overview, featuring copious clips from her films and insights from various public talks and Q. and A.s, amounting to a combination of autobiography, TED Talk and much-earned victory lap. 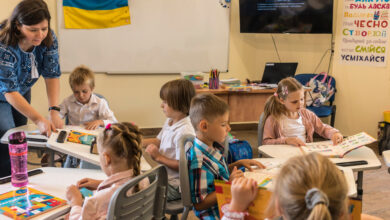 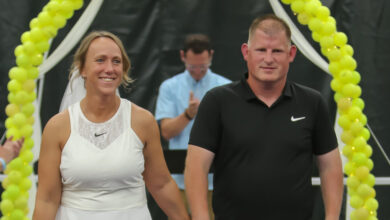 Marriage, With a Side of Pickleball

Dressage Coach Acquitted of Shooting Student by Reason of Insanity