BERLIN — After a frantic week of political speed dating among five German political parties eager to form the next government, three of them took the first — very tentative — step Thursday toward forming a kind of alliance the country has not seen before, trying to bridge deep ideological divides.

On Thursday Olaf Scholz, Germany’s would-be next chancellor whose Social Democrats narrowly won last month’s election, met with the leaders of the Greens and the Free Democrats for their first talks — or, to be more precise, talks about more talks — on trying to create a coalition. All emerged sounding hopeful about their prospects.

After a lackluster campaign among candidates who seemed allergic to being interesting, the prospect of a three-way union sent the German news media into a tizzy of sexual innuendo — even before the party leaders turned off their phones, lowered the blinds, shut the door and did not emerge for hours on Thursday.

Journalists and political analysts have shown a limitless penchant for references to flirting, romance, affairs and, of course, a menage a trois — or, in German, a “flotter Dreier.” On the political talk show “Tough but Fair,” the host asked, “Who needs Tinder when the dating in Berlin has started so energetically?” The newsmagazine Der Spiegel asked Mr. Scholz in an interview whether he expected to find “love” in a three-way coalition.

“Affection,” he answered. Playing along with the metaphor, he added, “Real affection develops when you get seriously involved with each other.”

Olaf Scholz, leader of the Social Democrats who won the recent election, leaving exploratory talks with other parties in Berlin on Thursday.Credit…Steffi Loos/Associated Press

Jokes aside, the stakes are serious. To form Germany’s first three-party coalition since the 1950s, spanning the progressive Greens, the center-left Social Democrats and the libertarian Free Democrats, the leaders must resolve — or at least paper over — fundamental differences on taxes, regulation and the relative roles of government and business. None of the three has ever taken part in a three-party government before.

“Germany is learning politics all over again just now,” said Robert Habeck, a co-leader of the Greens. “And this learning means a certain willingness to be open to new processes.”

Whoever governs will lead Europe’s largest economy, at the heart of the European Union, struggling to find footing amid a pandemic, economic woes and the continuing American rivalry with China.

A shaky coalition would be a marked change from the long line of stolid postwar governments.

Usually, one faction, either the conservative Christian Democrats and their Bavarian sister party, the Christian Social Union, or the Social Democrats were clearly dominant in coalitions with much weaker, dependent parties that worked hard but got little of the glory. For the last 12 years, there have been “grand coalitions” between the conservatives and Social Democrats, held together in large part by the popularity and authority of Chancellor Angela Merkel.

“The system was very conservative but it always produced a stable match,” said John Kornblum, a former American ambassador to Germany who has been living in Berlin on and off since the 1960s. But these days, he pointed out, “monogamy is no longer an option.”

The two main parties have no appetite for working together again, Ms. Merkel is retiring, and no party won even 26 percent of the vote, giving the Free Democrats and Greens more leverage than ever. Mr. Scholz needs both of them to assemble a majority in the Parliament, but they could walk away at any moment and go instead with the Christian Democrats, who have signaled that they are still available.

Volker Wissing of the Free Democratic Party, at the meeting with possible coalition partners in Berlin on Thursday.Credit…Michele Tantussi/Reuters

The Christian Democrats finished a close second in the election but it was the worst showing in their history, due partly to the unpopularity of their leader, Armin Laschet. Mr. Laschet said he would step down as party leader, though he was not clear on the timing, calling for “a new beginning with new people,” which could make coalition-building easier.

But for now at least, the Greens and Free Democrats seem eager to commit to the Social Democrats. After wrapping up their meeting on Thursday, all three parties gave a joint statement about their intention to deepen their conversations next week, moving from “pre-exploratory” talks to “exploratory” talks, to see if actual “coalition talks” are viable down the line. The entire process is expected to take months.

“We have a basis of trust,” said Michael Kellner, general manager of the Greens. “We can talk about everything in confidence and with trust.”

Volker Wissing, general secretary of the Free Democrats, concurred: “The conversation today gives us courage even if it’s a difficult path.”

Standing between the two others, Lars Klingbeil, general secretary of the Social Democrats, called the talks “very harmonious” but declined to give any sense of a timetable. “We will take the time we need,” he said.

Other parliamentary democracies have experience with patchwork governments made up of apparently ill-suited partners. Israel’s new coalition includes eight parties. In the Netherlands, 17 parties won seats in Parliament this year, and at least four will be needed for a majority.

Germany has managed to avoid such complexities in part by forging marriages of convenience between the two main parties.

“No one was in love, but it was considered to be best for the children, so to speak,” said Andrea Römmele, dean of the Berlin-based Hertie School of Governance.

But voters have rebelled, spreading their ballots more broadly and forcing politicians to ditch the idea that the two traditional leading factions — who won less than half the vote — are dominant.

“A lot of people are hungry for something new,” Ms. Römmele said.

Some are hungrier than others. The Christian Democrats are used to having things their way, having governed 52 out of 72 years, and they have loudly advertised their availability.

But it hasn’t helped them that the conservatives have talked out of school, bragging to the biggest tabloid newspaper in the country about how badly the Free Democrats wanted them.

Yet the most intense political courtship has involved the Greens, who ran third with 15 percent of the vote, and are eager for power. The mask-less selfie that the Greens and Free Democrats took of their very first talks about working together and posted on Instagram soon became a meme on German social media to the song, “We Are Family.”

Claudia Roth of Germany’s Greens arriving for talks in Berlin on Thursday.Credit…Michele Tantussi/Reuters

But the two parties have very different interests and historical liaisons.

While the Free Democrats would rather pair up with the Christian Democrats, the Greens are clearly more interested in resuming a partnership with the Social Democrats, with whom they co-governed from 1998 to 2005.

Mr. Lindner, the Free Democrats’ leader, laid down his conditions this week — no new taxes and a commitment to a balanced budget.

“The crucial thing is to change the trend from a decade of tax and bureaucracy burdens to a decade of relief,” he told the Bild tabloid on Sunday.

Whatever happens, it is likely to take time to finalize a deal. Ms. Merkel’s last government took five months to forge, and political analysts say this one could take longer.

“Coalition treaties are like prenups,” said Ms. Römmele of the Hertie School.

“It’s like one partner wants children and the other doesn’t — how do you overcome that?” she asked.

“In the meantime, you need one big idea,” she added. “The big vision, something that says: It’s the right thing and we will be happier together than apart.”

He Says, She Says: A Biblical Tongue Meets Gender Politics

Turkey’s Doctors Are Leaving, the Latest Casualty of Spiraling Inflation

As Ukraine Orders Civilians to Evacuate the East, Residents Face a Grim Choice 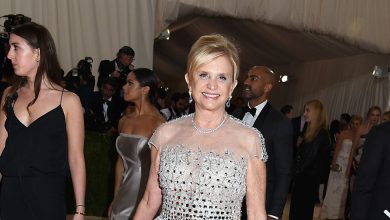