The 2022 Mets season will be remembered for the franchise’s first trip to the playoffs in six years, the pitching of Max Scherzer and the all-around play of shortstop Francisco Lindor.

And also, oddly enough, for batters being hit by pitches.

When Luis Guillorme was plunked by Jake Cousins of the Milwaukee Brewers in the ninth inning of Wednesday’s 6-0 loss on the road, it was the 106th time a Met was hit by a pitch this year — a single-season record. The Cincinnati Reds had held the record, 105, which they set last season. The Mets, who were clinging to a one-game lead in the N.L. East through Wednesday, still have 11 games to go.

“I’m closer to the plate, and I don’t move, and pitchers pitch in a lot now,” Mark Canha, who was hit twice in the game, told reporters afterward. “It just kind of works out that way.”

“It’s like a broken record at this point,” Canha said, adding: “Yeah, sure, we’re frustrated. It’s like not a great thing to happen to your team.”

Manager Buck Showalter, right, says his concern about the number of incidents is the risk of injury. Outfielder Starling Marte has not played since being hit in the hand Sept. 6.Credit…Gene J. Puskar/Associated Press

Manager Buck Showalter, who has complained about the Mets getting hit so often that the SNY network has a running gag of him reacting to the incidents, acknowledged after the game that getting hit by a pitch helped a player’s on-base percentage. But he said he was more concerned about the risk of injury. He also said his players weren’t responsible for the preponderance of incidents.

“It’s just wild pitches. You’ve seen them,” he said. “They’re not close to the plate. They’re all the way across the batter’s box. It’s pretty hard to hit Guillorme how he got hit. You have to miss by a good margin. It’s frustrating. I’ve got some personal feelings about why it happens so much, but I’m sure M.L.B. doesn’t want to hear about it in this format.”

Hitting a batter tends to be thought of as something a pitcher controls. But as anybody who has played the game will attest, a batter can influence it, leaning the right way, crowding the plate just right or moving away a fraction of a second too slowly.

If it were only up to the pitcher, how would one explain the Hall of Famer Craig Biggio being hit a record 285 times in his career when Wade Boggs, another Hall of Famer with a similar amount of exposure, was hit only 23 times?

Canha leads the majors this season, having been hit 24 times, still short of his personal high of 27 last year, when he also led the majors. His fellow Mets Brandon Nimmo (16) and Starling Marte (13) are also in the top 10, and Marte has not played since Sept. 6 after being hit in the hand and injuring a finger.

The problems started right away for this year’s Mets. First baseman Pete Alonso was hit in the head on opening day.Credit…Brad Mills-USA TODAY Sports

At least one Met has been largely spared: Infielder Eduardo Escobar, who reached 500 plate appearances for the year Wednesday, has been hit only once.

The Mets’ total of 106 is comfortably ahead of any other team this season, but plenty of players are getting hit. The San Francisco Giants and the Cincinnati Reds have each had more than 80 batters get hit this season, and six more teams are in the 70s. Twenty years ago, only four teams wound up in the 70s, and 40 years ago, in 1982, no team was higher than 35.

Since 2018, there have been more than 0.4 hit batsmen a game in every season, numbers not consistently seen since the rough-and-tumble days of the 1800s.

There are theories as to why so many batters are being hit these days. One is that players are more protected: Equipment like elbow guards makes them more fearless and less interested in diving out of the way of an inside pitch. A second theory holds that teams are valuing pitchers’ velocity much more than control, leading to faster but wilder pitching.

Early this season another theory emerged: The ball was responsible. “M.L.B. has a very big problem with the baseballs,” Mets starter Chris Bassitt said at the time, adding: “They’re bad. Everyone in the league knows it. Every pitcher knows it. They’re bad.”

Baseball responded by saying it was analyzing trends and speaking with players and coaches to address concerns over hit batsmen.

Showalter asked for the ball after the record-breaking pitch Wednesday. After the game, he joked, “It would be obscene to tell you what I was going to do with it.”

Tags
Hit Play This Was Year

Homes for Sale in the Bronx and Manhattan

Moderate Republicans No Longer Have a Home, and It Started With My Defeat

Taiwan relaxes its quarantine measures even as it confronts an outbreak. 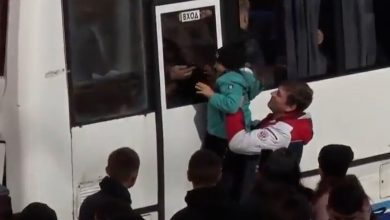 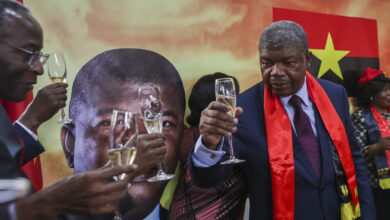