MELBOURNE, Australia — An Australian court ruled on Thursday that a former principal of an ultra-Orthodox Jewish girls’ school must stand trial on charges that she had sexually assaulted students under her care. The decision came months after she was extradited from Israel, following a long deportation battle that strained ties between the two countries.

The Australian police initially charged the former principal, Malka Leifer, in 2012 with 74 sexual offenses, but a lawyer for the prosecution asked the court to withdraw four counts because the alleged crimes had occurred in Israel.

The magistrate, Johanna Metcalf, determined there was enough evidence “to support a conviction for the remainder of the offenses of which the accused is charged.” Ms. Leifer, 55, pleaded not guilty to 70 counts in connection with offenses that the prosecution said happened between 2004 and 2008.

A trial date was not immediately set, but a hearing was scheduled for Oct. 21.Ms. Leifer made no application for bail and remained in jail.

The court in Melbourne handed down its decision after nearly two weeks of testimony from 10 witnesses. They appeared via video link because of a coronavirus outbreak in the city.

At the center of the case were three sisters — Dassi Erlich, Elly Sapper and Nicole Meyer — who accused Ms. Leifer of sexually abusing them while she was principal of Adass Israel School in Melbourne.

Though they have made their identities public, the sisters testified in a closed court. Former staff members at the school and a police officer involved in the investigation also gave evidence. The three sisters could not immediately be reached for comment.

Ms. Leifer, who appeared via video link from the Dame Phyllis Frost Center, a maximum-security women’s prison in a Melbourne suburb, Deer Park, remained largely silent during the proceedings, and sat turned away from the camera with her hand covering her face.

At the end of the hearing, when asked how she pleaded, she lifted her head and said, “Not … not guilty.” Her lawyer did not immediately respond to an email or a call seeking comment.

Ms. Leifer, an Israeli citizen, moved to Australia in 2001 and later became the principal of Adass Israel. After details of the alleged assaults emerged, she fled to Israel in 2008.

Australia requested her extradition in 2014 after a public campaign by the three sisters. The process was delayed when Ms. Leifer was initially found to be mentally unfit to be extradited, and the case’s sluggish pace drew criticism of the Israeli system from Australian lawmakers.

The case even embroiled an ultra-Orthodox Israeli government minister from the same sect as Ms. Leifer, Yaakov Litzman, who was a member of then-Prime Minister Benjamin Netanyahu’s cabinet. The Israeli police accused Mr. Litzman of pressuring psychiatrists to report that Ms. Leifer was not well enough to be tried.

But after a seven-year legal battle, an Israeli court ruled in May 2020 that she had been faking mental illness for years and was fit to face extradition proceedings. She was deported to Australia in January of this year.

Israeli news media later reported that the country’s attorney general, Avichai Mandelblit, had announced that he would indict Mr. Litzman for obstruction of justice and breach of trust in connection with Ms. Leifer’s case.

In Sicily Slums, a 113-Year Wait for Housing May Be Over

Surveys suggest violence against women has intensified during the pandemic, a U.N. report says. 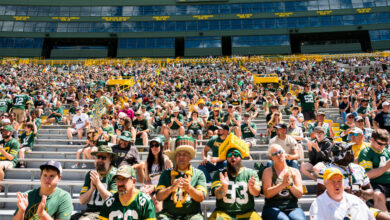 ‘Today, You Can Walk Around Like You Own the Place.’