The authorities in Chengdu, one of China’s biggest cities, are preparing to lock down its residents, turning once again to the country’s tried-and-tested Covid strategy of restricting people’s movements to stop outbreaks.

Starting at 6 p.m. on Thursday, residents in the city of more than 21 million will not be allowed to leave their homes without special permission, in the most drastic move to stop an outbreak since Shanghai went into a damaging two-month lockdown in April. Officials gave no indication of how long the lockdown might last but said there would be mass testing starting on Thursday and running through the weekend. Chengdu reported 157 cases on Wednesday and 780 cases since Aug. 25.

China is the last major country in the world to pursue a policy of eradicating the virus, and it uses citywide lockdowns and mass testing to root out pockets of outbreaks. But the approach is adding to the pressures facing the local authorities in Sichuan, the southern province whose capital is Chengdu. A record-setting drought and a punishing heat wave have devastated the region’s power supply, and for more than a week emergency responders were battling quick-moving wildfires around the city of Chongqing.

The challenges come as the ruling Communist Party is also dealing with an economic slowdown, caused largely by its so-called zero-Covid policy, at a politically sensitive time. The country’s top leader, Xi Jinping, is readying himself to take a third term in power next month.

China’s southwestern region had fared relatively well over nearly three years of the pandemic. But in recent weeks several places, including the megacity of Chongqing, have fought to beat back new outbreaks. Millions of residents there waited for hours in the hot sun and extreme heat while officials carried out mass testing last week.

Chengdu and several other cities across China postponed the start of school on Wednesday. Earlier this week, officials in the city began requiring residents to provide 24-hour Covid nucleic acid tests in order to enter residential compounds and commercial offices, and they shut down public venues and entertainment businesses.

A testing site in Shenzhen, China, on Tuesday, where a coronavirus outbreak has prompted the closing of its electronics market and much of the subway.Credit…David Kirton/Reuters

On Thursday, people turned to Chinese social media to vent about the news of the lockdown after officials in Chengdu denied rumors earlier in the week that a lockdown was imminent. Videos posted to Weibo, a popular social media platform, showed crowds of residents in outdoor markets and supermarkets, rushing to stock up on food.

The southern Chinese city of Shenzhen, which borders Hong Kong, shut down the world’s biggest electronics market on Monday and suspended service on much of the city’s subway system.

In Hong Kong this week, an outbreak has hovered near 10,000 cases a day, the most since one in the spring that led to some of the city’s toughest restrictions of the pandemic and that prompted an exodus of expatriates. Officials there are now trying a more lenient approach, diverging from China’s broader pandemic strategy for the first time. Officials in Hong Kong have eased the required hotel quarantine for those returning from overseas twice this summer.

Nuclear monitors aim to reach the Zaporizhzhia plant on Thursday.

The Anglican Church’s ‘Kick in the Guts’ to Gay Parishioners 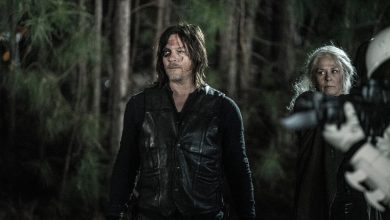 ‘The Walking Dead’ Ends With a Promise of More Life

What happens next for Brittney Griner?