In the northern English town of Baildon, Jag Sanghera took the train to work instead of driving, saving fuel needed to drive his daughter to nursery school. In west London, Laid Ibrahim, an Uber driver, tried at least seven gas stations before finding one open at 2 a.m. and waiting in line for 80 minutes. Across the city, Nick Day said the private ambulance service he works for was forced to cut the number of its vehicles on the road from six to four.

As the government tried to calm an anxious nation on Monday,gas stations across Britain continued to run dry and thousands of Britons found their lives upended.

Officials said there was no shortage of fuel and blamed the problems on panic buying. But analysts said the real cause of the chaos is a chronic shortage of truck drivers to deliver fuel to gas stations, and the government is said to be weighing whether to call in the military to help make deliveries.

Whatever the cause, the fuel supplies Britons once took for granted were vanishing, lines of vehicles clogged the streets near gas stations and some businesses that depend on fuel were suddenly at a standstill.

Dlu Uddin, the owner of Bricklane Minicab, a taxi service in east London, said he usually employs 10 drivers, but that since Sunday only two had shown up. The others do not want to drive too far from their homes because they are afraid of running out of fuel and not being able to get home, he said.

“The situation is really, really bad,” said Mr. Uddin, who said that the gas stations in his area were dry. “Never would I have a dream about this happening in England.”

The lines outside a gas station in Ashford snaked through a parking lot on Saturday.Credit…Gareth Fuller/Press Association, via Associated Press

The Petrol Retailers Association, which represents independent fuel retailers who account for 65 percent of the country’s gas stations, said members had reported that 50 percent to 90 percent of pumps were dry in some areas, Reuters reported.

On Monday, before ministers met to consider the crisis, the environment secretary, George Eustice, said there were no current plans to bring in the army — a move that might reassure some Britons that the crisis was under control but alarm others by underscoring its scale.

“The cause of these current problems is that panic buying episode, and the most important thing is for people to start buying petrol as they normally would,” Mr. Eustice told Sky News, adding that there were sufficient supplies in the country even if there was a problem with fuel deliveries.

Critics characterized the comments as an attempt to blame British citizens for shortages that are at least partially the consequence of government policies, like its post-Brexit limits on immigration from European Union countries.

And across Britain, the government’s assurances did little to ease the frustration.

Mr. Sanghera, 36, an actor in Baildon, West Yorkshire, said he drove to a handful of stations on Sunday, to fill his tank in preparation for the week’s work, and to take his two-year-old daughter to her preschool. He left after being told that only diesel fuel was available.

“I came home feeling bad, because I knew that I’d just wasted some petrol that could have got my daughter to nursery and back, at least for today,” he said.

Mr. Sanghera’s tank was almost empty Monday when a local Facebook community page alerted him that a nearby station had some gas.

But as a precautionary measure, he took the train to work rather than driving the car, so the gas “could just be used for the journey to my daughter’s nursery and back.”

Tanveer Minhas was greeted by chaotic scenes when he arrived at his local station in south London on Sunday.

“There was a traffic jam, queuing up at least two streets and also coming from the opposite direction as well,” said Mr. Minhas. On Monday the station was deserted and there were yellow signs draped over the pumps indicating they were no longer in use.

“I know there is a shortage of drivers, but two years ago when we had the coronavirus pandemic, everyone was panicking, and now this again,” he said. “It’s ridiculous.”

Since Brexit took Britain out of the European Union’s single economic zone, it has been difficult for firms to hire drivers from the bloc as freely as before the split from the continent. A long-running shortage of truck drivers has also been worsened by the pandemic, which slowed the issuance of new licenses.

Ministers argue that the solution is for the industry to train more drivers and improve pay and conditions for an arduous job.

But that is a long-term prospect, and the government has been forced to reverse its policy and offer 5,000 temporary work visas to foreign truckers, and to suspend antitrust rules to allow oil companies to pool information on supplies and coordinate deliveries.

The use of military drivers would mark a significant escalation but industry experts doubt that even this would end the disruption quickly.

Brian Madderson, chair of the Petrol Retailers Association, told the B.B.C. that “there has been training going on in the background for military personnel,” but added that this would probably only be useful for moving supplies from point to point rather than loading and unloading fuel,a skilled job that requires training.

“There is no one single lever that is going to be pulled by government and industry together which is going to sort this situation,’’ he said. “It’s a matter of small levers each contributing a little to going forward.”

Paul Mummery, spokesman for the Road Haulage Association, which represents road transport operators, said that the military had around 2,000 qualified drivers and that many would not have the certification currently needed for civilian fuel tankers.

“We need to find who they are, extract them from what they are doing, second them to civvy street’’— referring to the nonmilitary world — “and attach them to firms.’’

“I suspect this is not something that can be tapped into today,” Mr. Mummery added.

Nor have industry groups yet been given details of the government’s plan to offer of 5,000 short-term visas to foreign truck drivers — what paperwork will be needed or whether the processing of permits will be fast-tracked. The government said that it would aim to process visas within 15 days of applications being made.

Such visas would be valid for three months, under the plan, but Mr. Mummer’s group thinks a six-month period would be more practical given the time needed to process applications. “In terms of the three months, how attractive is that going to be for drivers from overseas? Probably not very,” said Mr. Mummery.

Analysts say that 50 to 90 percent of gas pumps have run dry in some areas of the country.Credit…Neil Hall/EPA, via Shutterstock

The hope in government and the fuel industry appears to be that, with their gas tanks filled, Britons will start to return to their normal purchasing patterns and that the situation will slowly begin to normalize.

“As many cars are now holding more fuel than usual, we expect that demand will return to its normal levels in the coming days, easing pressures on fuel station forecourts,” leading fuel industry companies said in a joint statement on Monday.

That is far from certain, however.

“We are 100 percent focused on our delivery operations, and deliveries are getting through nationwide,” said Allan Davison, the managing director of Hoyer Petrolog U.K., a major British fuel distributor.

“However, as long as people continue to buy or store fuel that they don’t need, then it will be difficult to replenish sites.”

No Veggies, No Buns, Few Forks: Schools Scramble to Feed Students Amid Shortages 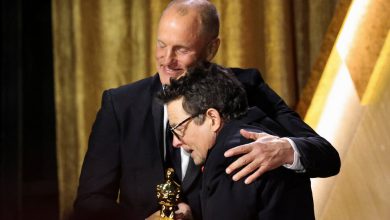 A Weird, Wild and Entirely Typical Day at the U.S. Open

A Minnesota man is released after being held by Russian troops for 10 days.