AMSTERDAM — A Dutch court is delivering its verdict in the trial of four men with ties to the Russian security services over the shooting down of a passenger jet above eastern Ukraine in 2014, during a Moscow-backed separatist uprising that foreshadowed Russia’s full-scale invasion of the country this year.

With the defendants believed to be in Russian-controlled territory or Russia itself, and unlikely ever to serve any sentence they receive, the trial promises only a limited measure of justice for the 298 people killed. The jet was flying a scheduled Malaysia Airlines service from Amsterdam to Kuala Lumpur when it was downed.

The war in Ukraine, however, has given the case greater significance. Support for separatists in eastern Ukraine was a key part of President Vladimir V. Putin’s pretext when he gave the order to invade the country in February of this year. The verdict on Thursday is being watched closely, not least because it could set an example for possible prosecutions of Russian crimes during the current war.

“I’ve always said that our family members were the first non-Ukrainian people that were the victims of a war that started eight years ago,” said Piet Ploeg, the chairman of a foundation representing family members of the crash victims.

The trial opened more than two years ago as an attempt to assign responsibility for what had long seemed a crime without punishment. On July 17, 2014, an antiaircraft missile provided to separatist forces by the Russian military shot down Malaysia Airlines Flight 17, commonly known as MH17, at cruising altitude above eastern Ukraine. Everyone aboard was killed, and bodies and wreckage were scattered across Ukrainian fields.

The world reacted with outrage, and Western nations sought to hold Russia accountable. A majority of the victims were Dutch, but the flight also carried passengers from Australia, Malaysia, Britain and several other countries.

Russia has repeatedly denied any responsibility in the deaths, despite evidence that the plane was shot down by a Buk surface-to-air missile sent into eastern Ukraine from a Russian military base across the border, as well as intercepted calls and messages that point to the involvement of Russian-backed separatists.

Instead, Moscow has generated a series of implausible counter-explanations and conspiracy theories that have mostly focused on blaming Ukraine and attacking the legitimacy of the investigation. They included the possibility that the U.S. Central Intelligence Agency crashed a planeload of bodies into eastern Ukraine to frame Moscow.

Trial officials viewing the reconstructed wreckage of the Malaysia Airlines flight in the Netherlands in 2021.Credit…Pool photo by Peter Dejong

Since Russia vetoed an effort to form a United Nations tribunal for the case, the trial has been held at a local criminal court on the outskirts of Amsterdam, near the sprawling Schiphol airport.

Among the four suspects indicted on murder charges is Igor Girkin, a former colonel in Russia’s Federal Security Service, the successor agency to the K.G.B. At the time of the plane’s downing, Mr. Girkin was defense minister of a separatist enclave, the self-proclaimed Donetsk People’s Republic, which is now controlled by Russia’s military.

The other defendants are Sergey Dubinsky and Oleg Pulatov, both former Russian military intelligence officers, and Leonid Kharchenko, a Ukrainian citizen who led a Russian-backed military unit. The prosecution requested a life sentence for each.

But none of them were arrested or appeared in court. They were tried in absentia.

Mr. Ploeg, the chairman of the MH17 Flight Disaster Foundation, said their absence made it harder for the trial to bring clarity and catharsis to the victims, and help them come to terms with what happened.

“The ‘Why?’ question is not answered yet,” said Mr. Ploeg, who lost his brother, his brother’s wife and their son in the downing of the flight. His brother is one of two MH17 victims whose bodies have not been found.

Mr. Ploeg added that he had been shocked by the “total lack of respect” of Russia’s government for the victims in spreading falsehoods about the crash and said he hoped the court would acknowledge “the role of the Russian state in the downing of MH17.”

In addition to holding the local criminal case, the Netherlands submitted a complaint against Russia at the European Court of Human Rights in July 2020 over its involvement in the crash.

Tags
Down Flight Russia That Was

Covid Almost Broke This Hospital. It Also Might Be What Saves It. 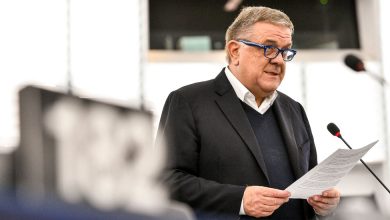 ‘The Gett’ Review: Jewish History and a Woman’s Future