The top staff investigator on the House committee scrutinizing the Jan. 6 attack on the Capitol has been fired by the state’s new Republican attorney general from his position as the top lawyer for the University of Virginia, from which he was on leave while working on the congressional inquiry.

The office of the Virginia attorney general, Jason S. Miyares, said the firing of the investigator, Timothy J. Heaphy, was not related to the Jan. 6 investigation, but the move prompted an outcry from Democrats in the state, who accused him of taking the highly unusual action as a partisan move to further former President Donald J. Trump’s attempts to undermine the committee’s work.

“This is purely payback for Jan. 6 — there is no other reason that makes any sense,” said Scott Surovell, a top Democrat in the Virginia State Senate, who said that he knew of no other similar example in recent history where a new attorney general had immediately removed a school’s top lawyer. “In our state, we normally leave those decisions to the school’s board of visitors and president.”

Victoria LaCivita, a spokeswoman for Mr. Miyares, said: “The decision had nothing to do with the Jan. 6 committee or their investigations.”

In Virginia, the attorney general oversees a range of lawyers across the state, including the top lawyers at the colleges and universities that make up the vast public higher education system. The posts are typically held by career lawyers who are rarely replaced when new attorneys general take over.

Mr. Heaphy, a registered Democrat, had been the top lawyer at the University of Virginia since 2018. He served as a United States attorney in Virginia during the Obama administration and is married to the daughter of Eric K. Shinseki, the retired chief of staff of the Army who served as President Barack Obama’s secretary of veterans affairs. In 2017, on behalf of the City of Charlottesville, he completed a highly critical report of how the police handled the white nationalist rally that turned violent and led to the death of one woman and injured dozens.

In a written statement, the University of Virginia sidestepped the issue of whether his dismissal had been motivated by politics, but made clear that it had no role in it.

“University leaders are grateful to Tim for his outstanding service to our community and disappointed to see it come to an end,” said Brian Coy, a spokesman for the university. “If you have further questions about this matter, I would check with the attorney general’s office, as this was their decision to make.”

Mr. Heaphy — who attended undergraduate and law school at the University of Virginia, who has long lived in Charlottesville and whose son attends the school — declined to address why he was dismissed, saying that he was “disappointed” that his time at the university had come to an end and that he was confident that the school would continue “to thrive in the days to come.”

In two statements released on Sunday, the attorney general’s office said the firing was unrelated to the Jan. 6 inquiry. In the first, to The Associated Press, Ms. LaCivita said that Mr. Heaphy had been a “controversial” hire and that the “decision was made after reviewing the legal decisions made over the last couple of years.”

Key Figures in the Jan. 6 Inquiry

The House investigation. A select committee is scrutinizing the causes of the Jan. 6 riot at the U.S. Capitol, which occurred as Congress met to formalize Joe Biden’s election victory amid various efforts to overturn the results. Here are some key figures in the inquiry:

Donald Trump. The former president’s movement and communications on Jan. 6 appear to be a focus of the inquiry. While Mr. Trump has invoked executive privilege in an attempt to shield his records, the Supreme Court refused to block the release of the files.

Ivanka Trump. The daughter of the former president, who served as one of his senior advisers, has been asked to cooperate after the panel said it had gathered evidence that she had implored her father to call off the violence as his supporters stormed the Capitol.

Kevin McCarthy. The panel has requested an interview with the House Republican leader about his contact with Mr. Trump during the riot. The California representative, who could become speaker of the House after the midterms in November, has refused to cooperate.

Rudolph Giuliani. The panel has subpoenaed Mr. Trump’s personal lawyer and three members of the legal team — Jenna Ellis, Sidney Powell and Boris Epshteyn — who pursued conspiracy-filled lawsuits that made claims of voter fraud in the 2020 election.

Mike Pence. The former vice president could be a key witness as the committee focuses on Mr. Trump’s responsibility for the riot and considers criminal referrals, but Mr. Pence reportedly has not decided whether to cooperate.

Mark Meadows. Mr. Trump’s chief of staff, who initially provided the panel with a trove of documents that showed the extent of his role in the efforts to overturn the election, is now refusing to cooperate. The House voted to recommend holding Mr. Meadows in criminal contempt of Congress.

Scott Perry and Jim Jordan. The Republican representatives of Pennsylvania and Ohio are among a group of G.O.P. congressmen who were deeply involved in efforts to overturn the election. Both Mr. Perry and Mr. Jordan have refused to cooperate with the panel.

Fox News anchors. ​​Texts between Sean Hannity and Trump officials in the days surrounding the riot illustrate the host’s unusually elevated role as an outside adviser. Mr. Hannity, along with Laura Ingraham and Brian Kilmeade, also texted Mr. Meadows as the riot unfolded.

Big Tech firms. The panel has criticized Alphabet, Meta, Reddit and Twitter for allowing extremism to spread on their platforms and saying they have failed to cooperate adequately with the inquiry. The committee has issued subpoenas to all four companies.

Far-right figures. White nationalist leaders and militia groups are being scrutinized as the panel’s focus intensifies on the rallies that led up to the mob violence and how those with extremist views worked with pro-Trump forces to undermine the election.

Roger Stone and Alex Jones. The panel’s interest in the political operative and the conspiracy theorist indicate that investigators are intent on learning the details of the planning and financing of rallies that drew Mr. Trump’s supporters to Washington based on his lies of a stolen election.

Steve Bannon. The former Trump aide has been charged with contempt of Congress for refusing to comply with a subpoena, claiming protection under executive privilege even though he was an outside adviser. His trial is scheduled for this summer.

Phil Waldron. The retired Army colonel has been under scrutiny since a 38-page PowerPoint document he circulated on Capitol Hill was turned over to the panel by Mr. Meadows. The document contained extreme plans to overturn the election.

Jeffrey Clark. The little-known Justice Department official repeatedly pushed his colleagues to help Mr. Trump undo his loss. The panel has recommended that Mr. Clark be held in criminal contempt of Congress for refusing to cooperate.

John Eastman. The lawyer has been the subject of intense scrutiny since writing a memo that laid out how Mr. Trump could stay in power. Mr. Eastman was present at a meeting of Trump allies at the Willard Hotel that has become a prime focus of the panel.

“The attorney general wants the university counsel to return to giving legal advice based on law, and not the philosophy of a university,” she added.

One top Virginia Republican said that Mr. Heaphy had angered some Republicans in the state by acting too independently in his job at the university and for his role in the university’s decision in 2020 to allow a student to post a highly critical sign about the school on their door. Mr. Heaphy had privately made the case to the school’s president that while the profanity on the sign was offensive, removing it would have infringed upon the student’s First Amendment rights.

On the House committee, Mr. Heaphy has worked behind the scenes, overseeing a staff of dozens of investigators who are examining how Mr. Trump and his allies sought to overturn the election and the Jan. 6 attack on the Capitol.

Mr. Heaphy is close to the committee’s vice chairwoman, Representative Liz Cheney, Republican of Wyoming, who has taken a highly aggressive approach to the inquiry.

In Defense of Venture Capitalism 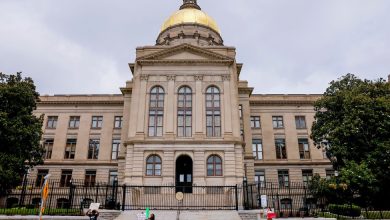 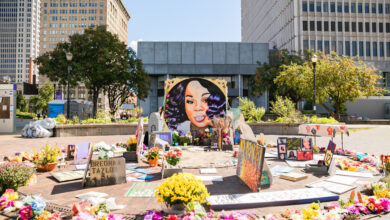