INDIANAPOLIS — Shantone Hopkins was sitting outside a doctor’s office last year, feeling the sharp pain from the bullet wound that had severed an artery in her left leg and brimming with anger at the former partner who she said had shot her in a domestic dispute.

As she waited for treatment, Ms. Hopkins recalled, the desire for some form of revenge against her girlfriend of six years lurked in her thoughts. “I thought about violence,” she said in an interview. “I had just been shot, so who doesn’t think about that?”

That is when she was approached by Iwandra Garner from Eskenazi Health, a public hospital network that treats patients from Indianapolis and the surrounding Marion County. Victim advocates like Ms. Garner seek to lower the number of shootings and stabbings by counseling against impulsive retaliation. Eventually, Ms. Garner persuaded Ms. Hopkins to participate in the program, which also offered aid for housing, food and other essential needs.

“They helped me to not go deeper into my dark place,” said Ms. Hopkins, 31, who now limps and marked her shooting by having the date, 01-19-20, tattooed on her left hand above a small purple heart. 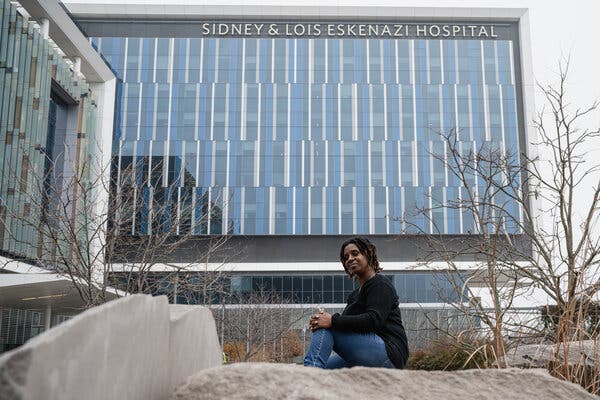 Indianapolis and other cities, where leaders are struggling to find ways to stem a two-year surge in homicides, are subsidizing small, grass-roots programs like Ms. Garner’s in an effort to prevent more violence. Such groups focus on reducing all violence, though homicides have become the priority given the escalating numbers. The impact of those programs still is not clear, but the size of Indianapolis’s investment — some $45 million over the next three years — speaks to the urgency of the moment.

Indianapolis is one of at least 12 cities that have experienced a record number of homicides this year, along with Philadelphia; Louisville, Ky.; Albuquerque, N.M.; and Portland, Ore. By early December, more than 250 people had been killed in Indianapolis, outpacing the record 215 dead last year, according to the Indianapolis Metropolitan Police Department.

The city’s efforts to decrease the grim toll — gunfire has wounded at least 700 people this year — have included pouring millions of dollars over the past few years into about 30 community groups working to diminish violent crime. The city government plans to use federal Covid relief dollars to boost the allocation considerably to $15 million annually, up from $3 million.

Criminologists say that similar efforts in the 1990s, in which officials in various cities, the police and community groups worked together, led to a drop in violence in that decade. Paul Sharkey, a sociology professor at Princeton University, published a study in 2017 that indicated that in any city with 100,000 people, there was a 9 percent decrease in the murder rate for every 10 nonprofits that organized to address violence locally. But cities rarely give such organizations the money they need to endure, he said.

Indianapolis is committing $150 million to public safety from the $419 million that it received under the federal American Rescue Plan. Aside from $45 million for community organizations, other measures include hiring 100 new police officers.

At Eskenazi Health, the Prescription for Hope program works with gunshot victims ages 15 to 30. Among roughly 600 shooting or stabbing victims brought to the hospital annually, about 100 agree to participate, hospital officials said.

The program aims to help victims or perpetrators extricate themselves from the cycle of violence, said Dr. Lisa Harris, the chief executive at Eskenazi Health. “We view violence as one more of those chronic conditions that overburden the population that we serve,” she said.

Before the hospital started the program, about 35 percent of the gunshot victims returned within two years with another violent injury, she said, but that number has dropped to 5 percent.

Ms. Hopkins said that the Prescription for Hope program changed her life by introducing her to other victims who were able to remove themselves from those situations after talking about it. She said she saw what happened when the cycle continued. “All you see is people dying, all you see is violence, all you see is crazy stuff,” she said of her everyday life. Rather than her thinking about revenge, the program helps her to seek redress through the courts.

Some critics question the continued funding, however, given the sharp rise in the number of murders.

“People in the city are looking at the situation and saying, ‘We have been funding these types of programs for several years now — what difference has really been made?’” said Paul M. Annee, a Republican member of the City-County Council.

Eric Grommer, a criminologist at Indiana University-Purdue University of Indianapolis, said that despite some preliminary indications that the programs had an impact, there was not enough data to conclude they were effective.

Indianapolis officials are convinced that even a glimmer of change makes the programs worthwhile. “This is not a magic wand that we are going to give this money and aha, there are no more homicides,” said Lauren Rodriguez, director of the city’s Office of Public Health and Safety. Homicides dipped in 2019, the first year after Indianapolis inaugurated its series of programs, which indicated that the city was on the right track, she said.

Although there is no one explanation for the rise in murders, the mental and financial strains brought on by Covid-19 are among possible causes, with the pandemic also interrupting many outreach efforts to reduce violence.

In addition to the Eskenazi program, Indianapolis has turned to numerous other nonprofits for assistance. The National Institute for Criminal Justice Reform helped create the blueprint for wider grass-roots involvement, including training 50 “interrupters” who can intervene and counsel anyone involved in a recent incident.

A study by the institute showed that like in many cities, a relatively small number of people foment most of the shootings — in a population of 850,000 people, just 400 people were connected with 70 percent of the incidents in Indianapolis. And those individuals are more likely to trust someone from their own neighborhood, especially those who have pulled themselves out of a violent past, the study showed, rather than the police or any government official.

Murders in Indianapolis are particularly pronounced in the poorer neighborhoods in the east. The Rev. David Greene Sr. of the Purpose of Life Ministries, a 1,000-member church, sought help from Eskenazi Health to train 10 congregants as mental health counselors. “With these people dealing with the trauma that’s in their life, with the grief that’s in their life, just trying to find meaning and trying to move forward can be challenging,” he said.

“There is a lot of pain for every shooting, for every homicide — mental, emotional,” said the Rev. David Greene Sr. of the Purpose of Life Ministries, a church with 1,000 members. Credit…Jon Cherry for The New York Times

Gunfire is common enough in eastern and other neighborhoods to have become background noise. Countless lamp posts and utility poles are festooned with thickets of teddy bears, roadside memorials to the dead. The stuffed animals remain there for years, growing soggy and deformed under the elements.

Austin Juarez, 18, was 8 when he saw his first shooting victim, a man left lying on the ground bleeding in the middle of his neighborhood playground. He was 13 when he acquired his first gun, and in subsequent years, he was charged three times with illegal possession of a firearm.

More than 10 friends have been shot dead.

“You go numb,” he said. “I don’t have any emotion toward it. If somebody dies, I pay them my respects and that is it. I can’t cry about it.” He added, “It has just happened so much.”

A roadside memorial decorated with flowers and stuffed animals. Eric Saunders, a local poet, has likened the stuffed animals in these displays to “tombstones.”Credit…Jon Cherry for The New York Times

Aaron Green, the street outreach coordinator for the program, coached Mr. Juarez through finishing his high school equivalency exams and nourishes his dreams of opening a Mexican restaurant. He does not try to dissuade those he mentors from carrying guns but to follow the law and to think differently, to avoid being impulsive, to walk away.

“The day that I tell one of these kids to stop carrying a gun could be the last day that I see him,” said Mr. Green, who was 17 when his own father was fatally shot by a teenager in a drug deal.

Not every case is a success. This past summer, one of Mr. Green’s brightest teenagers, whom he described as a little brother, was arrested on murder charges.

Yet he persists. “If we can help with them making one good decision over making another bad one, we have got to count the wins.”

At Every Step, Afghans Coming to America Encounter Stumbling Blocks

A Year After Capitol Riot, Trump’s Hold on G.O.P. Is Unrivaled

What to Know About California’s Landmark Plastics Law

Police Make Arrest in a Series of Random Shootings in Missouri