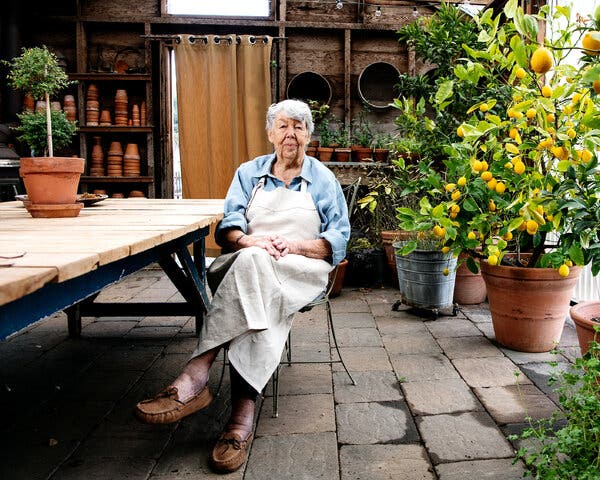 Sally Schmitt at her farm in Philo, Calif., in 2019.Credit…Mariah Tauger/Los Angeles Times

You’ve probably heard of Thomas Keller, the renowned chef and restaurateur who heads the French Laundry in Napa Valley. And, of course, when it comes to essential Golden State cooks, there’s also Wolfgang Puck and Alice Waters.

But what about Sally Schmitt?

The New York Times recently published a short documentary on Schmitt, who with her husband, Don, opened the French Laundry in 1978 and ran it until selling to Keller. Schmitt, who died in March at age 90, never achieved much fame despite helping to pioneer the fresh, locally sourced style of cooking that has since become known as California cuisine.

Ben Proudfoot, who produced and directed the op-doc, said, “We are going to make the best possible food with what is there around us in one of the most fertile places in the country, with the best wine, and the culture of enjoying the bounty and the luxury of the land — that stuff started with Sally.”

He continued, “She’s a seminal person that just did not seek the spotlight.”

For 16 years, Schmitt planned and prepared the meals at the restaurant in Yountville, building one menu per night based on what was in season locally and in supply. Guests had their table for the evening and were welcome to linger for three or four hours if they chose. Schmitt, a California native, put Napa Valley on the culinary map.

“We now get people up here from San Francisco for dinner,” she told The Napa Valley Register in 1980, “where the reverse has generally been true.”

The documentary, called “The Best Chef in the World,” grapples with Schmitt’s decision to eventually sell the restaurant to spend more time with her family, and the limits and expectations faced by female chefs at the time. Proudfoot told me that Schmitt’s legacy lived on in the California cooking of today, even if most Californians weren’t familiar with her story.

“I didn’t want to change the world,” Schmitt says in the documentary, which was filmed before her death. “I just wanted to cook.”

The piece includes gorgeous footage of dishes as they were served at the French Laundry under Schmitt: Braised oxtail. Gingered shrimp with mustard and chutney. Coffee pots de crème.

Schmitt’s children and grandchildren cooked those meals using her grease-spotted recipe cards. Proudfoot and his crew filmed the dishes, and then they ate them too.

“It was frankly the most delicious weekend we ever had,” he said.

California is undertaking the nation’s most ambitious effort to compensate for the economic legacy of slavery and racism.

Robin and Tom Engelman built a modern house that sits between redwoods in Mill Valley.Credit…Thibault Cartier

Los Angeles never felt like home. Now they live in a redwood forest.

A view of the harbor in Trinidad, Calif.Credit…Alexandra Hootnick for The New York Times

Tell us about your favorite places to visit in California. Email your suggestions to [email protected] We’ll be sharing more in upcoming editions of the newsletter.

Have you visited any of the travel destinations that we’ve recommended in the newsletter? Send us a few lines about your trip, and a photo!

We’d like to share them in upcoming editions of the newsletter. Email us at [email protected] Please include your name and the city in which you live.

On a recent morning in the rugged backcountry of San Benito County, Alex Hubner drove over boulders in his Toyota Tacoma truck. Hubner was out hunting — for seeds.

Based at U.C. Santa Cruz, Hubner and his wife, Lucy Ferneyhough, are collectors for California Plant Rescue, a state-funded consortium of botanical institutions that aims to preserve the state’s botanical diversity.

The couple’s efforts are helping the group build a network of plant banks to store seeds and sprouts, each a modern-day Noah’s ark that could help protect against the permanent loss of these plants, The San Jose Mercury News reports.

California Plant Rescue has achieved remarkable success since its founding in 2014. Its members have collected seeds from 78 percent of California’s 1,166 rare, threatened or endangered plant species, the newspaper reports.

“These plants are part of our heritage and part of the biodiversity of the planet,” Brett Hall, who directs U.C. Santa Cruz’s effort, said. “Having them safeguarded is hedge-betting for their futures.”

Thanks for reading. I’ll be back on Monday. Enjoy your weekend. — Soumya

Briana Scalia and Isabella Grullón Paz contributed to California Today. You can reach the team at [email protected].

Tags
California San That Who With

How a Good Book Became the ‘Richest’ of Holiday Gifts

Here is how the so-called price cap on Russian oil will work. 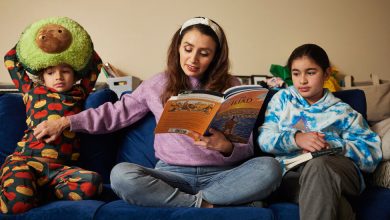 We Revisited People Who Left Their Jobs Last Year. Are They (Still) Happy? 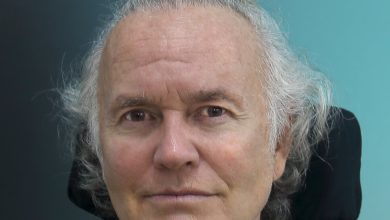 Ashley Bickerton, Whose Art Evoked Humor and Wonder, Dies at 63 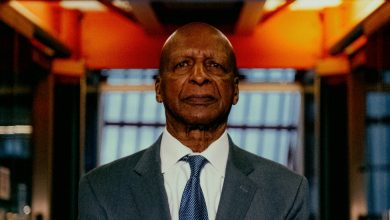 Once Told to Move to the Back of the Bus, Jesse White Became an Illinois Institution