WASHINGTON — Business groups and some Senate Republicans — working at cross-purposes with Republican leaders in the House — have mounted an all-out drive to secure G.O.P. votes for a bipartisan infrastructure bill ahead of a final vote on Thursday.

Although the measure is the product of a compromise among moderates in both parties, House Republican leaders are leaning on their members to reject the $1 trillion infrastructure bill by disparaging its contents and arguing that it will only pave the way for Democrats to push through their far larger climate change and social policy bill.

Their opposition has ratcheted up pressure on Speaker Nancy Pelosi, who has the more progressive members of her Democratic caucus threatening to withhold their support for the infrastructure package until Congress acts on that broader bill. If Republicans unite in opposition, Ms. Pelosi can afford to lose as few as three Democrats on the bill.

But some Republican senators who helped write the bill, along with influential business groups who support it — including the U.S. Chamber of Commerce and the Business Roundtable — have started a countereffort to try to persuade House Republicans to back the legislation.

“It’s a good bill; it’s right there for the country, so I’m encouraging Republicans to support it,” said Senator Rob Portman, Republican of Ohio and one of the bill’s negotiators, who said he was working the phones hard. “There’ll be some that have told me they will, but they’re under a lot of pressure.”

How the conflicting pressure campaigns play out could determine the fate of the infrastructure bill. On Tuesday, liberal Democrats accused Ms. Pelosi of a betrayal for abandoning her promise that the House would not take up the infrastructure bill until after the Senate secured passage of the larger measure.

While Democratic leaders are working hard to secure as many of those liberal votes as possible, they know defections will have to be made up by House Republicans.

“I’d say the bill is likely to pass, but it’s going to be a squeaker,” Neil Bradley, an executive vice president and the chief policy officer for the U.S. Chamber of Commerce, who once worked for the House Republican leadership, said on Tuesday.

Representative Steve Scalise, Republican of Louisiana, who runs his party’s vote-pressuring operation in the House, is closely tracking which Republicans intend to vote for the infrastructure bill.

“We’re working to keep that number as low as we possibly can,” he said.

A few House Republicans who are members of the bipartisan Problem Solvers Caucus have announced their support for the measure, including Representatives Tom Reed of New York, Brian Fitzpatrick of Pennsylvania and Don Bacon of Nebraska. On Monday, Representative Don Young of Alaska, the longest serving member of the House, announced his support with an impassioned speech on the House floor.

Moderate Democrats say others may follow suit — maybe as many as 20 Republican votes — if Ms. Pelosi can win over enough liberals to keep it close. But with a Thursday vote looming, time is running out.

Representative Peter Meijer, a freshman Republican from Michigan, said he had heard from Republicans from both sides, but when he asked whether it would be better for both bills to pass or both to fail, “the consensus is better both fail.” “President Biden saddling infrastructure with this $3.5 trillion albatross around its neck was a poison pill for those of us who wanted a bipartisan solution,” he said.

The infrastructure bill is an unusual phenomenon in a starkly polarized Congress: a truly bipartisan and significant bill, hammered out by Democrats and Republicans before it passed the Senate last month with 69 votes, 19 of them Republican, including that of the minority leader, Senator Mitch McConnell of Kentucky.

With $550 billion in new federal spending, the measure would provide $65 billion to expand high-speed internet access; $110 billion for roads, bridges and other projects; $25 billion for airports; and the most funding for Amtrak since the passenger rail service was founded in 1971. It would also renew and revamp existing infrastructure and transportation programs set to expire on Friday.

But because House Democratic leaders have at least verbally packaged it with a larger, $3.5 trillion climate change and social policy bill, it has been caught up in the politics of that measure — and broader Republican efforts to thwart President Biden’s agenda.

Mr. Scalise put it in the loftiest of terms on Tuesday: “This week, we’re going to see an epic battle play out between free-market capitalism and big-government socialism. That’s what’s at stake.”

Representative Jason Smith of Missouri, second from left, and Representative Steve Scalise of Louisiana, left, are discouraging their fellow Republicans from voting for the infrastructure bill.Credit…Stefani Reynolds for The New York Times

With Democrats publicly feuding over Mr. Biden’s agenda, senior Republicans have little interest in having their rank-and-file bail Ms. Pelosi out of her predicament.

“The legislative crisis that’s before her is one of her own creation that she needs the progressives to bail her out of,” said Representative Jason Smith of Missouri, the ranking Republican on the House Budget Committee.

Supporters of the infrastructure bill are trying to stay cleareyed about the bill’s merits, not the broader politics.

“It’s true people have been rhetorically linking the two, but really they aren’t,” Mr. Bradley said. “If that vote passes, the bill goes to the president for his signature.”

And they argue that House Republicans are making the wrong political calculation about the infrastructure measure. G.O.P. leaders have warned that the bill is a Trojan horse whose passage would only increase the chances of Democrats passing the more costly plan that Mr. Biden calls his Build Back Better agenda, which is packed with expansions of social safety net programs, initiatives to combat climate change and tax increases on corporations and the wealthy.

Joshua Bolten, a former White House chief of staff for George W. Bush who is president of the Business Roundtable, said the chief executives’ organization was pushing for the bill’s passage, running radio and social media ads in Republican districts and pressing for meetings with lawmakers.

“This is a really good bill. It’s urgently needed. It will have a dramatic effect on the productivity of U.S. economy. It’s investment really well spent,” he said on Tuesday. “Pass it now and have the fight over the other bill later.”

Senator Mitt Romney, Republican of Utah, said he had lobbied every member of his state’s delegation to support the measure.

“I can’t predict where they will end up, but I’m certainly encouraging people to consider the merits of the bill as opposed to worrying about what outside observers have to say,” he said.

In this case, House Republican leaders appear to be heeding pressure from conservative groups, who have disparaged the infrastructure bill as bloated with spending that goes far beyond its stated purpose. And, they predict that moderate Democrats who have pressed for its passage will be angered enough by its demise that they will exact revenge by bringing down the social policy bill.

“This is a desperate administration looking for a win to distract Americans from the Biden-caused crises, both home and abroad, while opening the floodgates to trillions more in spending to come,” said Representative Beth Van Duyne, Republican of Texas.

The supporters of the larger bill see an alternative political cause-and-effect. The most liberal House members have long warned that once the infrastructure bill passes, moderate to conservative Democrats will peel away from the larger bill, having already secured their priority.

Senator Lisa Murkowski of Alaska, another Republican supporter of the infrastructure plan, said the bill’s significance went beyond roads, bridges and rail lines.

“It’s not just the benefits of the policy we’re putting in place and the build-out of needed infrastructure; it’s also the message being sent that at a time when so much is dysfunctional in the Congress, you can build bipartisan initiatives that are going to be enduring,” she said, adding,“If it should fail, I think that in and of itself sends a pretty tough message.”

Jon Stewart Has a New Talk Show, but He Plans to do More Listening

The choice for Japan’s prime minister is a party stalwart who lagged in opinion polls. 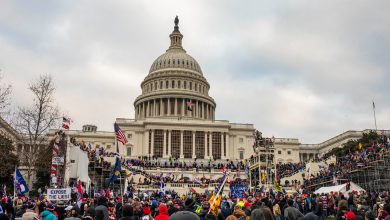 Francis Collins, Who Guided N.I.H. Through Covid-19 Crisis, Is Exiting 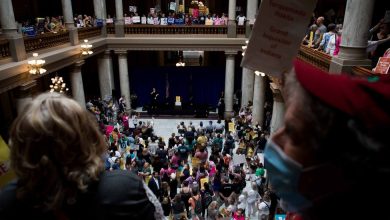 The New Landscape of the Abortion Fight