A Texas judge said on Tuesday that she would order the Infowars fabulist Alex Jones to pay the entire $49 million verdict a jury had awarded to the parents of a Sandy Hook school shooting victim, despite a Texas law capping punitive damages at far less than the amount jurors had allotted.

In August, a jury in Austin, Texas, ordered Mr. Jones to pay Scarlett Lewis and Neil Heslin, whose son Jesse Lewis died in the massacre in Newtown, Conn., $4 million in compensatory damages and $45 million in punitive damages after Mr. Jones spread lies that the shooting had been staged and that the parents were actors. Texas law caps punitive damages at two times economic damages plus $750,000 per plaintiff, which a lawyer for Mr. Jones, F. Andino Reynal, had predicted would limit the award to far less than the jury’s verdict.

But in a hearing on Tuesday, Judge Maya Guerra Gamble of the District Court in Travis County, where Infowars is based, questioned the constitutionality of the Texas cap, and called the verdict “a rare case” in which the emotional damage inflicted on Ms. Lewis and Mr. Heslin was so severe that “I believe they have no recourse.”

Mr. Jones is likely to appeal, but the award is only a small part of a deluge of damages he is facing for the conspiracy theories he spread through his Infowars media empire about the 2012 shooting at Sandy Hook Elementary School. With a Connecticut court awarding more than $1.4 billion to the families of eight Sandy Hook victims this fall, Mr. Jones already faces financial ruin, and it remains unclear how much money the families will ultimately collect.

A third damages trial awaits, in a lawsuit filed by Leonard Pozner and Veronique De La Rosa, the parents of the Sandy Hook victim Noah Pozner. On Tuesday, Judge Guerra Gamble scheduled it to begin March 27. Mr. Jones has already lost the suit, so the only question that remains is how much he will be ordered to pay.

Mr. Jones has denounced the lawsuits against him and has said he is “proud to be under this level of attack.”

In the court proceedings on Tuesday, a lawyer for Mr. Jones, Chris Martin, argued that while the Texas punitive damages cap had been exceeded in a handful of cases, those suits involved more severe emotional injury than Mr. Heslin and Ms. Lewis had proved. The judge disagreed.

“This person and this company have done something horrible,” Judge Guerra Gamble said, referring to Mr. Jones and Infowars. She said Texas legislators had themselves questioned the constitutionality of the cap, and added that the case had made her contemplate her own constitutional oath. “Sometimes you are so busy working, you forget what you are sworn to do,” she said.

Legal experts have said there are disagreements about the constitutionality of the cap, but Mark Bankston, the parents’ Texas lawyer, called the decision on Tuesday a message that “Mr. Jones cannot run from accountability.”

“My clients look forward to closing the chapter on the most vile act of defamation in American history,” he said.

Tags
Cap Had Said Texas That

The Rams Bet It All for a Title. The Tab Is Coming Due. 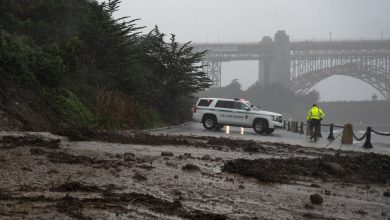 California Scrambles to Recover From Storm Before the Next One Hits 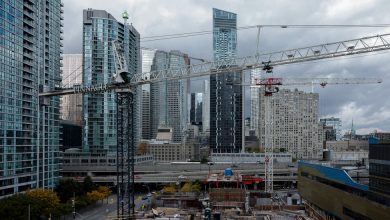 Do You Want to Buy a House in Canada? Not So Fast.

Scenes From a Weekend of Mourning in the Bronx