MIAMI — A former Republican congressman who was secretly hired for $50 million by Venezuela’s state-run oil company to peddle the prospect of a thaw in U.S.-Venezuela relations to Washington was arrested on Monday and charged with conspiracy, failure to register as a foreign agent and other crimes, federal authorities said.

Law enforcement officers arrested former Representative David Rivera of Florida at Hartsfield-Jackson Atlanta International Airport, said Marlene Rodriguez, a spokeswoman for the U.S. Attorney’s Office in the Southern District of Florida. Mr. Rivera, who served in Congress from 2011 to 2013 after a career in the State Legislature, is Cuban American and known in Florida politics as a strident anti-communist.

But from 2017 to 2018, according to a federal indictment unsealed on Monday and signed by a South Florida grand jury last month, Mr. Rivera and a longtime associate, Esther Nuhfer, tried to lobby members of Congress and the White House on behalf of President Nicolás Maduro of Venezuela, a socialist.

For those lobbying efforts, the indictment said, the Venezuelan government paid Mr. Rivera at least $23.75 million from the $50 million contract that his consulting firm, Interamerican Consulting, had signed with PDV USA, an American subsidiary of the Venezuelan state-run oil company Petróleos de Venezuela, S.A., or PDVSA. Mr. Rivera then split the money with Ms. Nuhfer and other individuals not named in the indictment.

Mr. Rivera and Ms. Nuhfer never disclosed to the Justice Department that they were representing the Venezuelan government, as required under the federal Foreign Agents Registration Act, the indictment said.

“Instead, Rivera and Nuhfer concealed from public scrutiny and United States officials the existence of the consulting agreement with PDV USA, and the millions of dollars they received to lobby on behalf of the government of Venezuela,” the indictment said.

The indictment said that Mr. Rivera and Ms. Nuhfer spent the money on personal and business expenses, “such as the purchase of real estate, payment of expenses for luxury yachts, and, in Rivera’s case, contributions to his campaign account for state office.” Mr. Rivera filed to run for the Florida House of Representatives in the 2018 election cycle, but failed to qualify for the ballot.

Jeffrey D. Feldman, a lawyer for Mr. Rivera, declined to comment on Monday, saying it was “too soon” to do so. Mr. Rivera made his initial court appearance before a federal magistrate judge on Monday, Ms. Rodriguez said.

For more than a decade, Mr. Rivera, 57, has been the subject of state and federal investigations into improper campaign dealings, including secretly funneling money to a Democratic candidate to weaken Mr. Rivera’s main rival. The Federal Election Commission secured a $465,000 judgment against Mr. Rivera in court last year. But before Monday, he had managed to elude criminal charges.

His involvement with a left-wing Venezuelan government reviled in South Florida became public in 2020 when PDV USA sued Mr. Rivera for breach of contract in U.S. District Court in Manhattan. Mr. Rivera then countersued PDV USA, saying he was still owed $30 million from the contract. Those cases are pending.

When PDV USA filed its lawsuit in 2020, Mr. Rivera claimed that he had not been working for the Venezuelan government but rather for the opposition — a notion that at least one opposition leader deemed “absurd.”

The indictment unsealed on Monday said that Delcy Rodríguez, then a high-ranking PDVSA official and Venezuela’s minister of foreign affairs, ordered executives from Citgo, PDV USA’s oil-refining affiliate in the United States, to enter into the consulting contract with Mr. Rivera’s firm. Ms. Rodríguez is now Venezuela’s vice president.

Through emails and encrypted text messages, the indictment showed how Mr. Rivera and Ms. Nuhfer tried to schedule meetings to influence U.S. policy toward Venezuela. One involved an unnamed congressman from Texas who traveled to Venezuela to meet with Mr. Maduro in April 2018. The Associated Press reported at the time that the congressman was Representative Pete Sessions, a Republican.

According to the indictment, Mr. Rivera and Ms. Nuhfer also arranged two meetings with an unnamed U.S. senator from Florida at a private residence in Washington to discuss a potential deal in which Mr. Maduro would agree to hold “free and fair” elections in Venezuela in exchange for “reconciliation.”

Mr. Rivera is a close friend and former housemate of Senator Marco Rubio, Republican of Florida, who led the push to sanction the Maduro administration during the Trump administration. A spokesman for Mr. Rubio did not respond to a request for comment on Monday.

Mr. Rivera and Ms. Nuhfer did not succeed in holding a meeting with an unnamed White House adviser on the same topic, according to the indictment.

Among the assets subject to forfeiture by the federal government if Mr. Rivera and Ms. Nuhfer were to be convicted are the $23.75 million involved in the alleged crimes, a bank account of Ms. Nuhfer’s and four Florida properties, including a townhouse in a gated community that, at least once, was Mr. Rivera’s primary residence.

Tags
Florida That Venezuela Was With 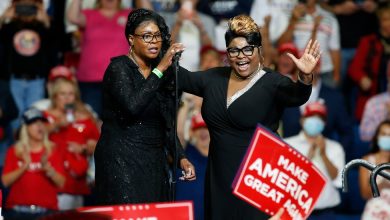 Lynette Hardaway, of Pro-Trump Duo Diamond and Silk, Dies at 51 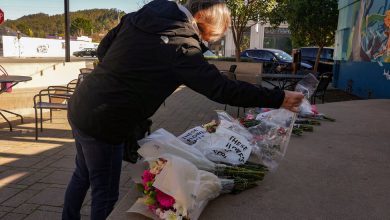 The Country That Wants to ‘Be Average’ vs. Jeff Bezos and His $500 Million Yacht