WASHINGTON — The bipartisan commission appointed by President Biden to study possible changes to the federal judiciary unanimously approved a final report on Tuesday that flagged “profound disagreement” among its members over the issue that led to the panel’s creation: calls to expand or “pack” the Supreme Court with additional justices.

By a vote of 34 to 0, the commission approved a 288-page report that offered a critical appraisal of arguments for and against that and many other ideas for changes to the Supreme Court, including imposing 18-year term limits on justices and reducing their power to strike down acts of Congress.

But the group did not offer specific recommendations. That result was in line with the mandate given to the commission by Mr. Biden, but also underscored the lack of consensus and suggested that the report might do little in the short run to drive any particular ideas for change.

The report comes as the Supreme Court’s expanded conservative bloc is considering blockbuster changes to the law, including whether to overturn Roe v. Wade’s nearly 50-year-old precedent on abortion rights. But while the report is addressed to Mr. Biden, most of the changes it weighs would require an act of Congress or a constitutional amendment — both difficult in the sharply divided climate.

The report grew out of an intensely political moment for the court. After Republicans blocked President Barack Obama from filling a vacancy in early 2016, leaving the seat open for a year on the argument that the winner of that year’s election should fill it, they rushed to confirm an appointee of President Donald J. Trump during the final days of the 2020 election after Justice Ruth Bader Ginsburg’s death.

Those maneuvers cemented a 6-to-3 conservative majority on the Supreme Court even though Democrats have won the popular vote in seven of the last eight presidential elections. That outcome, along with Supreme Court rulings permitting greater restrictions on voting, led some liberals to propose that Democrats should expand the number of justices to rebalance the court.

Rather than take a clear position on that issue during the final weeks of the campaign, Mr. Biden said he would appoint a panel to study it if elected. In that sense, the commission has already achieved its main political function: enabling him to get past the election without taking a polarizing stand for or against the idea.

Brian Fallon, the executive director of Demand Justice, a liberal group that supports expanding the number of justices, portrayed the commission as a waste of time.

“The best thing about this commission is that it’s finally over and the Biden administration will be forced to now confront the question of what to do about this partisan Supreme Court,” he said.

But the commission — led by Bob Bauer, a former White House counsel to Mr. Obama, and Cristina Rodríguez, a Yale Law School professor who served in the Justice Department during the Obama administration — saw its mission as illuminating difficult and complex issues rather than providing ammunition to one side.

It had been unclear until the meeting on Tuesday whether such an ideologically diverse group would manage to produce a document about such contentious issues and upon which it could unanimously agree. Several commissioners said they would not have written the report in the same way had it been their work alone, but nevertheless praised it as a valuable guiding document to thinking seriously about court reform issues.

David Levi, a former dean of Duke Law School and a former federal judge, said he was voting for the report as a fair assessment of the issues even though he strongly opposed proposals to change the court’s composition or limit its jurisdiction. He warned that such ideas would curtail the judiciary’s independence, undermining the rule of law, and reflected what autocrats abroad had done to eliminate challenges to their power.

Another former federal judge, Nancy Gertner, who is now a Harvard Law School professor, also praised the report, even as she argued for expanding the number of justices. She said that the Supreme Court’s legitimacy had been undermined by Republican efforts to “manipulate its membership,” and that its majority was enabling rollbacks of voting rights that otherwise would lead the court’s composition to evolve in response to the results of free and fair elections.

“This is a uniquely perilous moment that requires a unique response,” she said, adding, “Whatever the costs of expansion in the short term, I believe, will be more than counterbalanced by the real benefits to judicial independence and to our democracy.”

Walter Dellinger, a Duke University law professor and former senior Justice Department lawyer in the Clinton administration, observed that it was not clear when there would be a faction with sufficient political power to change the structure of the court. He suggested that the ultimate audience for the report might come years in the future.

“We hope that the report’s explication of the issues,” he added, “might be useful a century from now.”

Scientists Have a New Explanation for Mysterious Sand Spikes 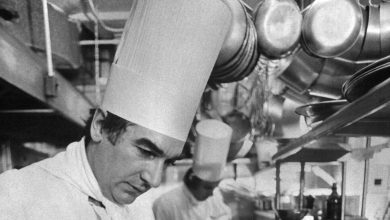 Alain Sailhac, a Celebrity Chef Who Never Sought the Title, Dies at 86

‘We Keep Getting Hit’: Flooded Kentucky Grows Weary After Another Natural Disaster

This article was published in error.