WASHINGTON — The Biden administration is expected to lift a pandemic-related public health order this week that has restricted immigration for the past two years, a change that could more than double what is already a historic number of migrants surging into the United States from Mexico.

The change is to take effect in late May, according to people familiar with the planning, and should restore the right of migrants to request asylum once they are in the United States, just as they did before the pandemic.

Even with the rule in place, the administration has struggled to manage a record spike in illegal migration along the border with Mexico, which Republicans have cast as out of control since President Biden took office.

In recent days, border officials have encountered about 7,000 migrants daily. An even bigger surge — Homeland Security officials said on Tuesday they were preparing for as many as 18,000 migrants a day — could pose a serious political problem for Democrats ahead of the midterm elections this fall.

The public health order has given border officials the authority to quickly expel undocumented migrants, even those seeking asylum, to help prevent the spread of the coronavirus at border facilities and in border communities. In all, there have been 1.7 million expulsions under the order, which was issued by the Centers for Disease Control and Prevention and is known as Title 42.

It was not immediately clear whether the C.D.C. would lift the order in phases or all at once. The move will likely draw court challenges from Republican-led states, as have most of the Biden administration’s actions on immigration.

The C.D.C. issued the order in March 2020 and is responsible for deciding when “the danger of further introduction of Covid-19 into the United States” has receded enough that the order is no longer necessary. It has been questioned by public health experts and others who saw it more as an immigration control measure than a legitimate means of protecting Americans’ health.

“We are planning for multiple contingencies and we have every expectation that when the C.D.C. ultimately decides it’s appropriate to lift Title 42, there will be an influx of people to the border,” she told reporters at the White House.

In an emailed statement, a spokeswoman for the C.D.C. said, “We are finalizing our current assessment and will release more information later this week.”

The potential for further overwhelming the long-outdated system for processing migrants at the border, along with the political implications, has been a concern among senior Biden advisers.

The Department of Homeland Security briefed lawmakers and reporters on Tuesday about its preparations for handling as many as 18,000 illegal crossings a day, which it considers a “mass irregular migration” situation. Officials said that federal agencies were coordinating with state and local officials to put in place additional personnel, transportation, detention facilities and medical assistance along the border. The department also released an official planning document for responding to different scenarios if there is a spike in illegal immigration.

The plans are intended in part to avoid the type of humanitarian crisis that occurred in September, when thousands of undocumented migrants in large groups crossed the Rio Grande into isolated Del Rio, Texas, overwhelming border officials. Images of migrants crowded under a bridge supported Republican claims of an out-of-control border. And scenes of Black migrants being chased by Border Patrol agents on horseback drew outrage from Mr. Biden’s own party.

One official familiar with the planning said that a surge of illegal crossings in response to lifting the public health order would likely last a few weeks. The expectation is that migrants who do not request asylum will be swiftly deported, deterring others from trying to cross illegally. Those who do request asylum will be allowed in to make their case, and will either be placed in detention or released into the country while they wait, most likely with a monitoring device.

Delaying the change until later this spring gives the administration more time to prepare. But Brandon Judd, the president of the Border Patrol union, said the agency could not adequately prepare for the change in one and a half months. Expelling migrants under the public health rule takes border officials about 15 minutes, he said, compared to the usual processing, which can take hours per person.

Some immigration advocates criticized the administration for planning to keep the rule in place until late May, instead of ending it immediately.

“We have clients in crisis right now seeking asylum at the border who are sick or who have already been kidnapped and tortured in Mexico,” saidJessica Riley, a staff attorney with Project Corazon, a program from Lawyers for Good Government that provides free legal services to vulnerable migrants and works in the Rio Grande Valley region of Texas.

Human Rights First, a national advocacy group, said expulsions under the public health order had led to nearly 10,000 reports of violent attacks on migrants, including kidnapping, torture and rape.

Pressure to lift the order has also been growing recently from Democratic members of Congress and public health experts who have said that migrants do not pose a serious transmission risk, especially at this point in the pandemic.

Covid case numbers have fallen sharply in most of the United States, and the C.D.C. has loosened many restrictions. An Omicron subvariant known as BA.2 could cause another surge here in the coming months, but it has not been shown to cause more severe illness, and vaccines continue to protect against the worst outcomes.

“After more than a year in office, this administration’s Covid policies remain deeply hypocritical: falsely scapegoating asylum seekers at the border for the spread of the pandemic while simultaneously removing Covid restrictions across the country,” said Noah Gottschalk, the global policy lead at Oxfam America.

In response to lawsuits challenging the public health order, the administration has fought for keeping it in place for some migrants but not for others.

In a ruling this month on one of the lawsuits, a panel of judges on the U.S. Court of Appeals for the District of Columbia Circuit called out the C.D.C. for not submitting a declaration or testimony explaining why the order remained in place.

“We are not cavalier about the risks of Covid-19. And we would be sensitive to declarations in the record by C.D.C. officials testifying to the efficacy of” the public health order, the judges wrote. “But there are none.”

They added, “From a public-health perspective, based on the limited record before us, it’s far from clear that the C.D.C.’s order serves any purpose.”

Some Democratic lawmakers from border states that would bear the brunt of a large influx, including Senators Kyrsten Sinema and Mark Kelly of Arizona, have called for the policy to remain in place. So has Senator Joe Manchin III, Democrat of West Virginia. But the strongest support for the order has come from Republicans.

“The only thing currently helping D.H.S. keep control of our border is Title 42, which Biden wants to end at the worst possible time,” Senator John Cornyn, Republican of Texas, said on Wednesday in a Twitter post.

The leaders of the Senate Republican campaign arm on Wednesday distributed a memo to reporters previewing their messages for this fall, including that “Biden’s border policies are creating a growing national security crisis, and threatening the safety of Americans across the country.”

While Mr. Biden won most of the Texas border in 2020, some towns there saw a shift to the political right. The region has been particularly hard-hit with the influx of migrants being released into local communities. Nonprofit organizations along the southwest border provide a significant amount of assistance, but the spike at times has been overwhelming for them as well.

Immigration and human rights advocates have said that the order turned out to be former President Donald J. Trump’s most successful measure to limit the number of people getting asylum in the United States. Stephen Miller, the architect of Mr. Trump’s restrictive immigration policies, tweeted on Wednesday that lifting the public health order would be “one of history’s most spectacular travesties” and would “open the floodgates on a biblical scale.”

Mr. Biden’s decision to leave the order in place for more than a year, after campaigning to restore compassion to the immigration system, raised doubts among immigration advocates about his commitment to doing so.

Even with the order in place, the Biden administration has allowed hundreds of thousands of undocumented migrants to face deportation proceedings, many of whom arrived in the country with young children. Reasons have varied from humanitarian exemptions to operational restrictions such as limited detention space. The United States cannot expel migrants from certain countries, including Cuba, Nicaragua and Venezuela, because of diplomatic strains, and those migrants are making up a fast-growing number of new arrivals.

Since October, border officials have apprehended 900,000 undocumented migrants at the southwest border, according to the Homeland Security Department. In the 12 months before that, undocumented migrants were caught a record-breaking 1.7 million times. Among the reasons the department has cited for the increase are natural disasters, “severe economic decline causing food and housing insecurity,” crime, corruption, lack of education and health care, and the pandemic.

Some argue that the inconsistent enforcement of the public health rule and an absence of punishment for those caught crossing illegally is partly to blame for the high numbers. Homeland Security officials estimate that 30 percent of illegal crossings during the pandemic are repeat offenders.

The spike in illegal migration has at times overwhelmed border officials. To speed up the time it takes to process people into the country and avoid overcrowding in congregate settings, border officials have released some migrants into the country with incomplete paperwork and no court date, leaving migrants in limbo and creating new backups in the already-backlogged immigration court system. Immigrants wait an average of five years before their first court date.

Once the public health order is lifted, border officials will process undocumented migrants into the country and place them in removal proceedings, much like they did before it went into place.

The order would lift around the time that the Biden administration is expected to start slowly rolling out a new plan to improve the asylum process. That plan will redirect undocumented migrants who want to apply for protections from the immigration courts to asylum officers with U.S. Citizenship and Immigration Services.

House Republicans Tire of Madison Cawthorn’s Antics. Some in His District Have, Too.

With a Pardon, Homer Plessy’s Record Is Clear, but a Painful Legacy Endures 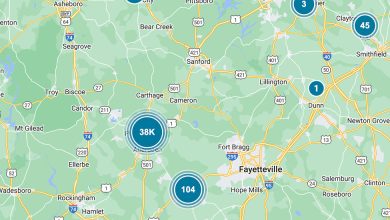