With the fall of Roe v. Wade, physicians across the country are struggling to balance the conflicting imperatives of their calling to care with their institutional duty to avoid legal liability, all to the detriment of their patients.

Medicine is hard to govern with the blunt instrument of criminal law. Human biological processes, including pregnancy, are enormously variable. In many cases, determining the precise moment when someone’s life or health is so threatened that abortion would be legal under a particular law is not an ethically answerable scientific question. And so, doctors turn to lawyers, often with no medical experience, to protect themselves from prison.

Under Roe, most obstetricians and gynecologists didn’t face this level of legal peril. But this isn’t the first time America has criminalized aspects of medicine. Physicians who prescribe controlled substances like opioids carry a similar burden. They can face decades in prison if prosecutors target them for “overprescribing.” Although there are cases of bad actors who prescribed opioids for profit, even legitimate physicians may fear being targeted by law enforcement, and research shows that the threat of legal action has a broad chilling effect on the way doctors provide care.The war on drugs shows that when medicine is criminalized and politicized, harm to patients and doctors increases, while the activities that the laws are intended to curb continue or even increase.

The inability of criminal law to regulate medicine safely is visible in how people in pain or with suspected addiction are treated. I’ve written previously about suicides by chronic pain patients who were cut off from opioid medications that had helped them, in part because of doctors’ fears of legal consequences. Research now shows that for this group, cutting prescriptions dramatically increases risk of overdose and mental health crisis, compared to staying the course. But since physicians remain scared, the cutbacks continue.

Criminalization simply doesn’t allow for nuances that are part and parcel of medicine, such as the fact that some people need large doses of opioids because the enzymes that metabolize drugs vary widely due to genetics and other factors. Even in terminal cancer care — where few if any deny the need for opioids — doses fell by 38 percent between 2007 and 2017, as legal pressure to “do something” about rising overdose deaths grew.

And criminalization invites suspicion, framing patients as liars. Health care providers, often unconsciously, can become contemptuous of those whose cases may bring legal scrutiny, corroding care. In 2017, for example, artist Quána Madison says an E.R. nurse called the police to remove her from the hospital and claimed that she was seeking drugs. Ms. Madison has chronic pain from complications of major surgeries required to reduce the cancer risk from a genetic syndrome. “As a Black woman, I know to never say ‘I’m seeking pain relief’ and to focus on the issue because I’m not taken seriously otherwise,” she said, describing how she believes it was only the presence of her white boyfriend that allowed her to avoid being jailed.

It’s not hard to imagine, in the wake of Roe’s demise, similar or worse happening to women who seek medical help for pregnancy complications and are suspected of having illegal abortions. Already women say the laws in their state are preventing them from receiving the care they need, including for miscarriages.

The drug war, according to Dana Sussman, deputy executive director of National Advocates for Pregnant Women, “laid the foundation for criminalizing pregnancy and all pregnancy outcomes more broadly” and “deputized health care providers to report their patients.”

At least 1,700 women were prosecuted between 1973 and 2020 for stillbirths, miscarriages or for exposing their fetus to some actual or perceived risk of harm, including, in many cases, for allegations of drug use during pregnancy. Consequences included lengthy prison sentences and child custody loss, even when there was no proof that the substances caused damage. Many were reported to the police by medical professionals; those targeted were overwhelmingly poor and disproportionately Black.

Loopholes in medical privacy laws — often justified by drug enforcement — mean that hospitals have discretion to share records without patient consent. Only 19 states ban warrantless searches of prescription drug monitoring databases, and, at the federal level, the Drug Enforcement Administration claims that it should be able to search these databases without a warrant in any state. Almost half of the states already define drug use during pregnancy as child abuse, which triggers mandatory reporting to child welfare agencies and can also result in criminal charges. It’s not too difficult to see how similar data could be used to target women seeking abortions or doctors helping with their care.

Terrified of legal action, some physicians are already taking extreme measures to protect themselves from abortion prosecutions, such as ending women’s prescriptions for an immune disorder treatment, methotrexate, because if they get pregnant, it can cause miscarriage. The Texas Medical Association recently asked state regulators to act, saying that several hospitals are turning away patients with pregnancy complications for fear of violating the state’s abortion ban. Women who are miscarrying have been left to wait until they have severe bleeding before help is offered. As with the drug war, legal fear is driving doctors to prioritize their own risk over their patients’ health.

The Supreme Court, however, offers one glimmer of hope in the fight against escalating medical criminalization. In a little-noticed 9-to-0 decision, Ruan v. United States, released just days after Roe was overturned, it decided to draw a line in the war on drugs. Some circuit courts had previously ruled that doctors accused of running “pill mills” could be convicted simply for prescribing more than prosecutors found acceptable. Others, in contrast, had ruled that drug dealing requires criminal intent and that doctors must have the right to defend themselves as practicing in good faith.

The Supreme Court sided with physicians. Prescribing outside of the mainstream still risks malpractice suits, but without signs of criminal intent like selling specific drugs for specific dollar amounts, doctors can’t be convicted as dealers, the court ruled. It’s unclear why this intent requirement would not pertain to abortion cases as well.

But it is already obvious that prosecuting physicians hasn’t ended the overdose crisis. Instead, it scared many into defensive medicine and drove people with addiction and even some pain patients to far more deadly street drugs. Last year, the United States had its highest rate of overdose death ever, with the majority lost to opioids.

As with the drug war, criminalizing abortion will increase harm, while failing to stop the behavior it is intended to reduce.

Maia Szalavitz is a contributing Opinion writer and the author, most recently, of “Undoing Drugs: The Untold Story of Harm Reduction and the Future of Addiction.”

Tags
Care Criminal Legal Over That

The Mid-Century Media Theorists Who Saw What Was Coming

How Elise Stefanik Became ‘Ultra-MAGA and Proud of It’

‘Our Little Town’: A Fourth of July Parade Turned Deadly

The Madison Cawthorn Show Is Over, and We All Deserve Refunds

It Wasn’t Just My Life on That Stage. So Was My Purpose. 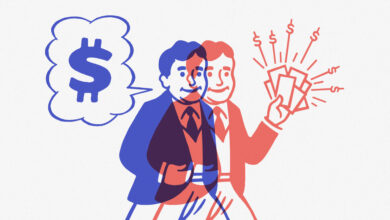 Whom Can Tell One’s Social Class Based on Grammar?