As Congress debates President Biden’s “Build Back Better” agenda and negotiates a $3.5 trillion spending bill, at least one crucial part of the bill is being weakened. The House Energy and Commerce Committee cut Mr. Biden’s original promise of $400 billion in funding for home- and community-based services by more than half, to $190 billion over 10 years. These essential services help disabled people and seniors receive the care they need, giving them options to live in communities and out of congregate settings like groups homes, nursing homes and long-term rehabilitation centers. Those services can include meal preparation, cleaning and other chores, assistance with dressing and transportation. Senators are now negotiating the bill, giving home- and community-based service advocates an opportunity to push for more funding.

Importantly, those advocates have mobilized several Democratic members of Congress to commit to reforming Supplemental Security Income, a key antipoverty program, in the spending plan. However, the House Ways and Means Committee, which is in charge of adding it to the package, did not include the measure. That omission risks leaving many disabled people behind, and advocates for the disabled are pushing to ensure these critical measures are added back in when the bill lands in the Senate.

I provided testimony on Tuesday to the Senate Subcommittee on Social Security, Pensions and Family Policy, urging senators to address the needs of disabled beneficiaries. Nearly one-fourth of U.S. adults have a disability, many of whom rely on S.S.I. or home- and community-based services to survive. Allowing these proposed reductions and omissions to stand would be more than just ethically wrong; it would also amount to an insult to the disabled communities that have for decades rallied around and faithfully supported progressive agendas.

For me, a disabled person who has spent most of my life fighting for services and support for me and other disabled people, this struggle is both public and personal. Over the past year and a half, I have watched many of my fellow disabled Americans die of Covid and related causes. The greater disability community — consisting of individuals with a wide variety of disabilities, including weakened immune systems — has been ravaged by the pandemic. The numbers should shock us all: Nearly 8 percent of long-term care residents have died of the disease, accounting for at least 34 percent of Covid-related deaths in the United States, according to data collected by the Covid Tracking Project through March 2021. Many more individuals with chronic illnesses were unnecessarily put in harm’s way because of poor mitigation strategies like inconsistent mask rules, poor contact tracing and unsteady vaccine rollout.

At the same time, many disability beneficiaries had difficulty qualifying for stimulus checks because of a lack of tax filings or a slowdown in the release of data showing individuals as S.S.I. or Social Security Disability Insurance beneficiaries. When they did receive their checks, some lost part of their benefits because of a misunderstanding: Some Social Security Administration caseworkers mistakenly thought that the stimulus payments were countable toward an individual’s $2,000 asset limit.

It wasn’t long ago that Americans were lauding disability rights activists and advocates for fighting to preserve the Affordable Care Act and pushing back against the Trump administration’s harmful policies. I was on the ground through those efforts, helping organize the Women’s March Disability Caucus in 2017. The march helped revive activism within the disability movement, with one of the largest demonstrations to explicitly include the disability community. That summer, as the Trump administration and Republicans in Congress threatened to overturn the Affordable Care Act, progressive organizations collaborated with disability rights and justice activists and advocates to protect the landmark health care law. Striking images of disabled people being dragged out of congressional offices, which got national media attention, likely helped convince some lawmakers.

Today, as Congress quibbles over dollars and cents, I am reminded of summers I spent as a young adult, living on just over $600 a month in S.S.I. benefits and stressing about my credit card bills and mounting student loan debt. During the school year, I could rely on university meal plans paid by federal loans. During the summers, I often lived on instant ramen, peanut butter and jerky. I stressed about the small amount of money I earned working at summer camps, worried that my S.S.I. benefits would decrease and leave me in even more debt.

Originally touted as the leading anti-poverty program for disabled people, the long-neglected S.S.I. program now traps disabled people in poverty. Current maximum benefits are $794 per month — far below the federal poverty line — and would not cover the average rental cost in most states. According to the Urban Institute, updating the S.S.I. program by increasing benefits, raising asset limits and adjusting the amount of income that affects benefits could help lift 3.3 million people out of poverty.

The disability community has supported progressives through the decades, especially in the tumultuous four years of the Trump presidency. It’s now time for progressives to support us. Lawmakers cannot look at the S.S.I. program or home- and community-based services in isolation from each other; the programs go hand in hand. Too many disabled people have suffered the whims of political tides and national disasters. Lawmakers must uphold the ideals and promises of the Americans With Disabilities Act and Olmstead decision as they debate the “Build Back Better” agenda. They must create a safer and more equitable environment for the millions of disabled Americans to live outside institutions and pursue their dreams — just as I have been lucky enough to do — thanks to the very programs that Congress is considering today.

Mia Ives-Rublee is the director of the Disability Justice Initiative at the Center for American Progress. 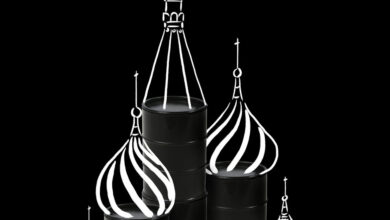 Russia Is Making Heaps of Money From Oil, but There Is a Way to Stop That

Why the Producer of ‘Top Gun: Maverick’ Is Betting Big on Theaters

There’s a Reason We Can’t Have Nice Things