Long before Vladimir Putin’s invasion of Ukraine, his aggressions were often met by the accusation — leveled by John Kerry and Angela Merkel, among others — that he’s a 19th-century figure in a 21st-century world. It’s a line that seemed intended to judge Putin guilty not just of wickedness but of anachronism, which is somehow more confounding to the modern mind.

But today there is a sense in which being a 19th-century man in the 21st century actually makes Putin extremely of the moment — a characteristic figure for our era, not an unfrozen caveman confused by a world that’s passed him by. He exemplifies our transition to a kind of retro-future, in which crucial elements of the Victorian age are superimposed on our era’s very different social, cultural and technological landscape.

What’s returning from the past, as American primacy wanes, is a certain kind of great-power consolidation and competition, echoing the late-1800s dynamics of European empire but this time with global rather than mostly Western players.

In this analogy the United States resembles both Victorian Britain (the great naval power and global imperium) and late-19th-century France (the republic torn apart by culture war) — a long-dominant power haunted by the specter of decline.

Then contemporary China, India, Russia and arguably the European Union all have goals that echo the ambitions of 19th-century Germany and Italy, the Russia of the Romanovs and eventually the Empire of Japan: to establish the largest possible political union based on shared ethnicity or cultural inheritance; to grow strong enough to challenge Anglo-Saxon hegemony; to project power in regions of the globe that lack a dominant nation-state, whether in Central Asia and the Middle East or Africa and Latin America.

Within this multipolar world, you have emergent alliances that echo alignments of the kind that preceded World War I — for now, Russia and China against Europe and America. And then you have the smaller nations and regions caught between, stirred by their own ambitions and offering potential tinderboxes for larger wars. Manchuria, Alsace-Lorraine and the Balkans then; today, Taiwan, Afghanistan, Syria and now Ukraine.

But all these echoes and revivals have not brought the 19th century back to life in full. Instead the old geopolitics is re-emerging against a thoroughly 21st-century background.

First, globalization has gone further than it ever did in the 19th century. The scale of our interdependence is sometimes exaggerated, but it’s still extraordinary, and so is the scale of wealth at stake in any sustained disruption of the world system. That doesn’t mean that some strands in the vast web cannot be unwound. But to have it happen suddenly and wrenchingly, as is happening to Russia at the moment, is a peril greater than the empire builders of the 19th century faced.

Those empire builders also operated in a world where it was still possible to claim real public legitimacy for imperialism, conquest, autocratic rule. That day may come again, for now even de facto dictators like Putin feel they have to pretend to be democratically elected, pay lip service to self-determination, deny that they’re invading their neighbor even when it’s obvious to all.

This fraudulence then feeds into the cynicism and alienation that are also defining features of our era. The consolidation of Germany or Italy or, for that matter, the United States in the 19th century shaped and were shaped by new forms of mass mobilization and mass politics — including the rise of political parties, labor unions, ideological movements and more. But our age is more a time of fragmentation and isolation, of a retreat into virtual escapes. This promises a near-future world, perhaps, where elites are invested in grand civilizational rivalries but the masses show little enthusiasm for the struggle.

Then, too, today’s great powers are much older than their antecedents, lacking the youthful population that past empires relied upon for energy, creativity and cannon fodder. As the British writer Ed West has noted, the war in Ukraine is a war between two societies with fertility levels far below replacement, in which families might lose everything when they lose a single son. That raises questions both about how long such a war can be sustained and also what happens in the aftermath.

An energetic figure like Volodymyr Zelensky, for instance, evokes the 19th-century’s youthful nationalists and nationalisms — the Young Turks, Young Ireland. But the nation he’s trying to preserve is not actually a young one, and it’s possible to imagine a Ukraine that keeps its independence and simply stagnates alongside a senescent Russia, their conflict buried by old age.

Then, finally, ours is a world with nuclear weapons, as the old great-power world was not.

This is a difference for the better, one hopes, making certain forms of total war almost unimaginable, giving our leaders an existential reason to avoid that old world’s grim 1914-18 terminus.

But those leaders will still need real wisdom to navigate a new age of nuclear-power rivalry that will probably be quite different from the Cold War era, and at times more like the distant 19th-century past.

Parents, What Would Make Your Lives Better? 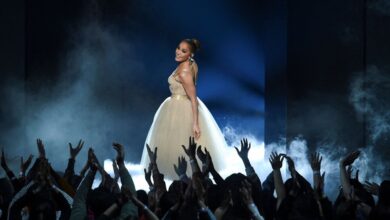 J-Lo and Liz Cheney and Us