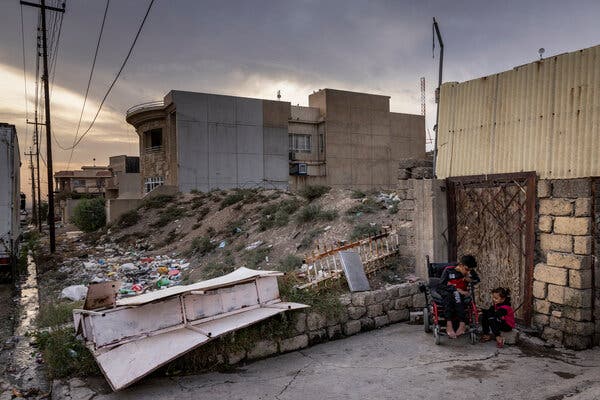 I applaud the incisive investigative journalism that produced “Hidden Files Bare Military Failures in Deadly Strikes” (front page, Dec. 19),about “the military’s own confidential assessments of more than 1,300 reports of civilian casualties” since 2014 in the American air war in the Mideast.

Across 45 years as a psychotherapist, I have counseled three generations of U.S. veterans from the Vietnam War to the present. By listening to them, I have learned about the deep, lasting suffering that comes from “moral injury” — the emotional burden of carrying the guilt for killing innocent civilians in our various wars.

Over the years, the guilt and shame these combatants feel becomes intolerable when the fact of war crimes is never acknowledged at the highest levels of authority — military, congressional or presidential. The guilt and shame of soldiers who participated in these killings is intolerably increased when they alone bear the responsibility. For years after, they suffer and pass their dark legacy onto their children. We the people of the United States must bear this burden as well.

Bill Roller
Berkeley, Calif.
The writer is the director of the Berkeley Group and Family Therapy Institute.

Thank you for detailing the sustained American assaults by drone and plane that have cost so many civilian lives, as well as for bringing to light the consistent pattern in the military of covering up these casualties and failing to discipline anyone involved.

There must be accountability, and it must start with top Pentagon officials.

There has been a lot of talk with regard to the U.S. withdrawal from Afghanistan and our policy in Ukraine about the loss of American credibility in the international arena. These deaths certainly harm the credibility of our military and political leaders.

Accountability following these latest revelations cannot rectify the damage to civilians in the Middle East or to the reputation of the United States, of course, but it could signal a beginning of a policy change by the Biden administration.

Although it’s true that civilian casualties are a tragic byproduct of war, the careless manner in which military planners select targets as well as the indifference shown to the survivors and families of those who were wrongfully killed is appalling.

As a society we cannot credibly advocate for human rights around the globe while we allow our military to slaughter civilians on this scale. We need to take a hard look in the mirror and demand reform from the Pentagon to meaningfully reduce civilian casualties rather than paper over them.

A free, uninhibited and courageous press is essential to a functioning democracy. When the Supreme Court upheld The New York Times’s right to publish the classified Pentagon Papers, Justice Hugo Black wrote, “Only a free and unrestrained press can effectively expose deception in government.”

Mr. Garland should uphold the Constitution and American values of freedom of the press, due process and human rights by immediately dropping the indictment against Julian Assange.

How embarrassing it must be to be a Republican elected official. If you are a member of Congress, you collect your government salary and other benefits for doing nothing except saying “no” to whatever the other guys propose.

If you are a governor, you declare loudly that the stimulus is the work of the devil that will ruin the country, but we really like the money, so let’s grab it while we can.

As Groucho Marx said, “Those are my principles, and if you don’t like them … well, I have others.”

Two-Family Homes: Learning From the Pandemic

Two houses being built on a single lot in Princeton, N.J., are among the first in the area to take advantage of the town’s new A.D.U. ordinance. The smaller structure on the right, a 1,400-square-foot home, is what’s known as an accessory dwelling unit, or A.D.U., and is listed for sale separately, for $849,000.Credit…Tony Cenicola/The New York Times

I hope accessory dwelling units continue to be approved in more areas around the Northeast. The pandemic has helped make the case for them.

My family hastily moved in with my parents during the height of the pandemic — and many other millennials made similar moves. We stayed for well over a year, and the living arrangement was beneficial for everyone — my two young sons and my husband and me, as well as my parents.

Perhaps it’s time to reimagine the 20th-century ideal of a single-family home and make living with other family members both flexible and realistic. We’ve finally moved back to New York City from my parents’ home on Long Island. But a two-family living plan, which the accessory dwelling units provide, is our new dream — if my parents will oblige!

Tags
Assange Can Home Military That

Joe Manchin Has Given Democrats a Chance to Save Their Agenda

Youngkin’s Victory in Virginia Is a Warning. It’s Also a Roadmap.

For Progressives, Iron Dome Isn’t the Issue. It’s Israel Itself.

Let Water Go Where It Wants to Go

When Can the U.S. Declare Victory Over Covid?