The Food and Drug Administration recently proposed lowering the nicotine content in cigarettes to less addictive levels. If adopted, this regulation would finally test one of the tobacco industry’s favorite claims: that smoking is a choice. Portraying smoking as a willful, personal decision has long allowed tobacco companies to promote cigarettes even while acknowledging their deadly risks. But the paradigm of individual choice has also guided cigarette regulation, ironically strengthening the industry’s key talking point — until now.

Nicotine is the addictive element in a cigarette. By reducing nicotine levels in cigarettes, federal regulations will, for the first time, address the key driver of cigarette consumption, which claims 480,000 American lives each year. Nicotine’s effects are particularly acute in adolescence, which is when most smokers start.

Tobacco companies have long understood that physiological dependence on nicotine — or what executives preferred to call nicotine satisfaction — was central to their business. Since the 1960s, the tobacco industry has manipulated ammonia levels in cigarettes to enhance nicotine’s effects. As one cigarette company research director commented in 1954, “It’s fortunate for us that cigarettes are a habit they can’t break.”

Publicly, tobacco’s advocates have argued that smoking is a choice of free, responsible adults. As early as 1929, the United States Patent Office granted patents to engineers who had devised processes for denicotinizing tobacco. But as one 1935 American Tobacco Company pamphlet reassured its readers, “The makers of Lucky Strike cigarettes deliberately refrain” from these techniques because “such removal of nicotine produces an emasculated product, shorn of the very qualities which give a cigarette character and appeal.” Selling the cigarette has always involved selling both the illusion of choice and a product designed to preclude it.

Ironically, the argument for individual consent was even bolstered by the earliest federal regulations on cigarettes — some of which the industry quietly lauded. After the surgeon general released the landmark

Tell Me if You’ve Heard This Story Before

How to Turn Third Parties from Spoilers to Winners

In the Texas Rampage’s Wake, Social Media Can Reform Itself

What Is Joe Biden Thinking? 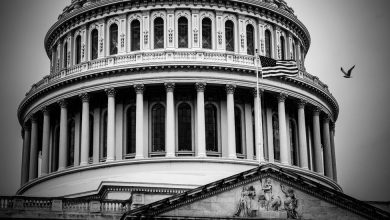