I must admit that, as the armchair sort that I am, I hadn’t heard the term “hardening” in relation to school security until lately, in the wake of our current spate of mass shootings. But now we are hearing earnest officials urging that we “harden” schools against attackers by, for example, requiring single points of entry to school facilities; locking all other doors; placing more guards on school grounds, drawn from the ranks of former service members; and training teachers to carry and use firearms while on campus.

An example is Senator Ted Cruz, Republican of Texas, who, in a speech to the National Rifle Association’s annual convention just days after the massacre at Robb Elementary School in Uvalde, said a bill he proposed in 2013 would have “authorized $300 million for school safety improvement grants to harden our schools.” He went on to say:

“Hardening” is short for “target hardening,” a general phrasing used by the military, police forces and security forces to refer to strategies used to protect potentially vulnerable targets from attack, such as placing lines of bollards — those waist-high pillars you see on sidewalks — around well-known public buildings. The term began gaining traction in the late 1960s and its use has become increasingly common in recent years, but I suspect that as of the past few weeks, it has become better known among civilians than it ever was before.

The linguist describes rather than judges, but the linguist is also human, and this linguist finds this usage of “hardening” distinctly off-putting.

What most rankles me about the term is how casually it is being applied to schools — temples of learning — and especially to children. I’m stunned by how easily so many leaders in this country appear to imagine Ms. Smith the math teacher and Mr. Garcia the music teacher as reserve security personnel, ready to lock and load.

The issue is not that “hardening” is being used beyond its most elementary dictionary definition, referring to something leaving the state of softness. It is normal in language for words to have multiple meanings, and ordinarily I think people tend to be too strict when language evolves: No one thinks of slavery when referring to a master bedroom. Multiple meanings are a key source of what later becomes so much part of the warp and woof of a language that we no longer even perceive the source. “Hard,” in its meaning of hearty or brave, is what became the “-ard” in the names Leonard (lion hard), Bernard (bear hard) and Richard (hard ruler).

“Hardening” schools isn’t a metaphorical extension of target hardening but a direct usage of it, where we contemplate a strategy for repelling violence at schools, as opposed to city halls or train stations, as if this were an ordinary development in a mature society. I find this awful, in both our contemporary sense of the word — abhorrent — and its original one, as what we now express as awesome (a remnant of the original meaning is in the adverbial usage, which can be positive, as in “awfully good”). I am in awe at what we are accepting as everyday.

And what especially gets under my skin is the coyness at the heart of it, when the topic is the killing of children. Why this use of a term most of us find so unfamiliar when associated with schools? It’s because “hardening,” when applied to schools, is a kind of euphemism, a way of avoiding openly proposing that we prepare buildings full of children to be shielded against gunfire and even meet that gunfire with more gunfire. Calls to harden schools have the air of a nervous press secretary looking dutifully into the camera, wishing to be anywhere but there.

Now, we can be too hard on euphemization. It is so common — in fact, euphemizing is as inevitable as language change in terms of how entrenched it is in language and languages — because strategies of politeness, deference, avoidance and even wordplay are a part of being human. A part of us wants to tell people to just “say what you mean.” The thing is that quite often, euphemism is part of what people mean. We can, and generally do, mean more than faceless, straightforward statements like “the boy kicked a ball” and “I like apple pie,” despite how central these are in language arts textbooks, the teaching of foreign languages and our sense of what language is for. Mere descriptions and declarations are only a slice of what it is to express oneself as a person.

Nevertheless, there are times when a euphemism creeps in which, experienced in a certain context, can be tough to perceive neutrally. In that light, to me, this talk about hardening schools is just awfully sad.

John McWhorter (@JohnHMcWhorter) is an associate professor of linguistics at Columbia University. He hosts the podcast “Lexicon Valley” and is the author, most recently, of “Woke Racism: How a New Religion Has Betrayed Black America.”

We Know How America Got Such a Corporate-Friendly Court

Your Friday Briefing: After the Quake 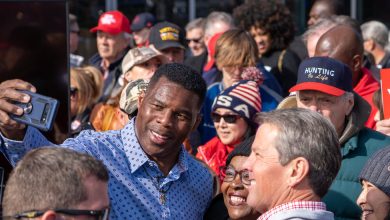 The Man Who Neutered Trump 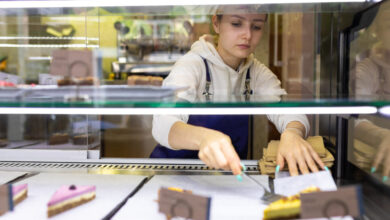 The Best Extracurricular May Be an After-School Job