I was at a watch party last month, waiting excitedly for the expected announcement that Singapore would finally decriminalize consensual sex between gay men.

Section 377A of Singapore’s Penal Code, a holdover from British colonial times, has loomed as a barrier to queer rights, setting the tone for discrimination in broader areas like housing, health care and employment.

Although the government had years ago stopped enforcing it, repeal gave gay Singaporeans like me hope that we might finally be accepted, and cheers went up when Prime Minister Lee Hsien Loong delivered the news. But the room went silent moments later.

Anxious to reassure conservatives, Mr. Lee quickly added that marriage was defined as between a man and a woman and would be protected from further legal challenge through a constitutional amendment. No changes were mentioned in other policy areas that marginalize us. The status quo, justified by the familiar refrain of family values, would be maintained.

Rather than a gesture of reconciliation, the government cynically validated bigoted factions that have historically abused and organized against queers.

But this is par for the course in a country where — even as rights for sexual minorities have advanced elsewhere — the pace of change is cruelly slow.

To be queer in Singapore is to have a kind of double vision: Singapore is wealthy, modern and multicultural; its citizens are among the most mobile and well educated in the world, deeply plugged into the global flow of ideas. People like me have worked, played and loved in other countries where we are free to be ourselves.

Not so at home, where a vocal minority of hard-line conservatives, fronted most prominently by evangelical right-wing Christians, has become obsessed with erasing homosexuality from public life.

Several years ago, a controversy erupted over a book in the children’s section of the national library about two male penguins who were raising a chick together. The library was about to destroy all copies of this dangerous tract lest it pervert our family values, changing course only after a public uproar over the fascist overtones of such an act. The book was instead transferred to the grown-up section.

The idea of reducing that children’s book and its gentle cartoon penguins to pulp felt deeply personal, a reminder of how vulnerable we are to the cruel impulses of our fellow citizens.

The city’s Bugis Street nightlife district was notorious in the 1950s and 1960s for the foreign visitors who cavorted with transgender prostitutes and attended bawdy cabarets. Most other expressions of queer desire were relegated to dark alleys and toilets, but law enforcement largely left people alone.

But in the 1980s and 1990s, the state began actively policing homosexuality. Police lured gay men with handsome undercover officers and arrested them. Twelve men were arrested in a raid in 1993 and sentenced to jail time and strokes by the rattan cane.

This has stopped, but that virulent homophobia lingers in our psyche. In the mid-2000s, I was active on a gay forum called SGBOY, where teenagers like me would flirt and gossip. One day, a private message from a stranger in his 40s warned me: “Be careful. It’s not safe to be so ‘out.’”

That seemed melodramatic. Only much later, when I learned about previous police raids, did I understand his message of care and wisdom. I often think about this man. Had he only ever known desire in the context of shame and danger? Had he lost friends, seen lovers brutalized?

Singapore queers today are heirs to his shame, especially those who still hide their faces on apps, who don’t meet my eyes when we hook up for sex. Many couples are still anxious about public displays of affection even after years of being together.

Hope of greater acceptance has run up against a religious backlash. In parliamentary debates in 2007 about Section 377A, Thio Li-ann, a Christian member of parliament, likened sex between men to “shoving a straw up your nose to drink.” The comment drew cheers and the thumping of chairs.

Later, at a prayer meeting in the evangelical church that I attended at the time, the congregation was exhorted to lift Ms. Thio up in prayer, and in this way I prayed against myself.

Nowadays, conservative organizers are careful to use secular terms: They regularly remind the public of the need to “protect families,” safeguard “conservative Asian values” and resist “foreign culture wars.”

Whatever you call them, these crusades perpetuate discrimination. Unmarried Singaporeans are not allowed to purchase affordable public housing until the age of 35, which effectively bars homosexual couples. Sexual minorities are not explicitly protected from employment discrimination. Media laws restrict queer portrayals: Pixar’s “Lightyear” was given a “no children under 16” rating this year for its depiction of a lesbian couple. And there is little official understanding of the needs of trans people, who have limited pathways for legally changing their sex without medical or surgical intervention.

This takes a toll. Many queers feel a sense of arrested development, an inability to lead their lives fully and functionally. Holding back a significant minority has socioeconomic consequences: Many just pack up and leave. I found my fullest expression as an individual when I left Singapore to live in Britain. Pointing out these negative outcomes and the potential economic impact may be the only way to reason with Singapore’s government.

Many of us never thought we’d see gay sex decriminalized in our lifetimes. But shortly after Mr. Lee’s double-edged announcement, we were reminded how far we have to go when India’s Supreme Court revised the legal definition of the family to include “atypical manifestations” such as same-sex unions, widening access to various family-related social welfare benefits.

Our prime minister said he hopes the repeal of Section 377A will provide gay Singaporeans some “relief” — a word that perhaps tacitly acknowledges our pain.

We need more than that. But for now, relief is as good as it gets.

Joel Tan is a Singaporean playwright and artist based in London. His play Tango dramatized the human cost of Singapore’s homophobic policy environment.

Tags
Queer Sex That This Was

Moderate Republicans No Longer Have a Home, and It Started With My Defeat

The Inside Joke That Became Trump’s Big Lie 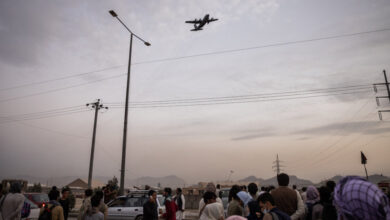 Afghan Women Reflect on the Anniversary of the U.S. Withdrawal