New York City has an opportunity to solve a debt crisis that has devastated a central institution in the lives of many New Yorkers: yellow cabs and their owner-drivers. The solution would come at a relatively modest cost and would help redress an injustice from which the city benefited financially: a creditor-driven bubble in the price of medallions — the permits that allow people to operate cabs — that led many drivers into debt bondage and even prompted some to commit suicide.

The city should take action. It should adopt a plan put forward last year by the New York Taxi Workers Alliance in which the drivers’ debt would be restructured and the city would serve as the guarantor of the medallions’ value.

There are about 12,000 taxi medallions in use in New York, sold originally by the city but now traded mostly among taxi drivers and owners of taxi fleets. Medallion brokers often arrange for sales and their financing. As investigative reporting has shown, for about a decade a creditor-driven cycle of easy credit rapidly increased the price of a medallion, which reached almost $1 million in 2014, the peak year.

Cabdrivers, typically immigrants, took out loans to pay for the medallions, and to obtain the loans they often had to offer as collateral everything that they and their next of kin owned. When in 2019 the bubble burst and the value of a medallion dropped to about $100,000, cabdrivers were plunged into financial ruin.

Identifying a debt bubble in real time is not always easy. But with the market for taxi medallions, creditors, brokers and the city were in a position to see what was going on — and yet they allowed the frenzy to continue and often made large sums of money from it.

The plan put forward by the Taxi Workers Alliance was devised after consultation with cabdrivers, some of the creditors and some city officials. (Two of the alliance’s lawyers are former students of mine.) Under the plan, New York City would become the guarantor of the medallions’ value. If the cabdrivers default on the loan, the city, not the personal assets of drivers and their families, would guarantee the value.

For creditors this would be a boon as well, because a guarantee from New York is a more reliable security than are personal assets. In return, the creditors would agree to restructure the loans to reflect the actual market value of the medallions, not their inflated “bubble” value.

The cost to the city would be $93 million over 30 years, based on estimated default rates and the prevailing market value of the medallions published by the city’s Taxi and Limousine Commission. This is a relatively small price, especially considering that from 2004 to 2017, the city made more than $850 million from auctioning new medallions.

The alliance’s plan is superior to a plan being considered by the Taxi and Limousine Commission, which would offer each driver a one-time grant of $20,000 to pay off creditors. That would be good news for the creditors, but it would leave the cabdrivers to renegotiate the rest of their debt on their own.

Some will object that the city should not get involved in a private contractual relationship between a debtor and a creditor. But the city is already involved: It created the asset at the center of the deals — the medallion. In addition, as the city made money from the inflated price of medallions, it allowed the bubble to run its course, ignoring lessons from the similar bubble in the housing market a few years earlier. By adopting the alliance plan, the city would help right a wrong that, at least indirectly, it helped create.

Another objection to the plan is that the drivers are to blame for their fate — after all, they chose to sign the loan contracts — and that government intervention will just make things worse because people will come to expect bailouts in the future and behave recklessly as a result. But lender-borrower relationships are never entered into equally: Whoever has the money can set the terms — whether to lend at all, for what purposes and on what conditions. Unfortunately, the law ignores this power imbalance. Contracting parties are treated as equal with each party fully responsible for upholding its side of the bargain.

Even if the creditors who provided the loans to buy the medallions played by the formal rules of the game — a big “if,” in many cases — they still took their debtors for a ride. Their lending practices shifted most of the risk of the deal to the debtors, who were least able to carry it.

Though it did not directly subsidize creditors, New York City allowed them to enrich themselves by exploiting the weaknesses of others — while itself profiting handsomely. By adopting the plan put forward by the cabdrivers’ alliance, the city would mitigate a harm it helped inflict on a group of people who have always helped fuel the fortunes of this city.

Katharina Pistor (@KatharinaPistor) is a professor at Columbia Law School and the author of “The Code of Capital: How the Law Creates Wealth and Inequality.”

Think of Mitch McConnell as a New Jersey Shark

The All-Too-Common Tragedy of Foster Care 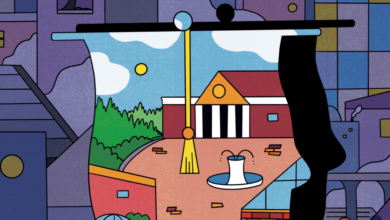 Elite Universities Are Out of Touch. Blame the Campus.