I got in a bit of a dust-up online recently for concluding that vaccine hesitance and resistance to masking were not uncommon among health care workers — and that it wasn’t surprising. I based my conclusion on vaccine hesitancy on some personal experience — a nurse at my vaccine site was very vocal about refusing the vaccine — and on various surveys showing that not all health care workers are willing to get vaccinated.

You can be a health care worker with anything from a six-month training certificate to a doctoral research degree in nursing or medicine. I wrote a book that covers some of those differences, and they are vast. Given that knowledge, it made sense that we would see the same kinds of manic denialism that I wrote about a couple of weeks ago even among health care workers. But the truth is that this is a problem that education alone cannot fix.

Jessica Calarco, a sociologist, knows that quite well. She is an associate professor at Indiana University. Jessica is one of the best of what sociology offers public life. She is primarily a qualitative sociologist, meaning she talks to people in systematic ways to uncover the obvious and latent meaning behind social behavior. Her research focuses on systems of inequality, both its winners and its losers. Recently that research has focused on how contemporary inequality impacts the way families look and operate.

About a year ago, Jessica was quoted in an interview as saying that while other advanced nations had social safety nets, the United States has chosen to instead rely on women. It was the kind of statement that knocks you back a step for how obvious, complex and direct it is. While other nations subsidize child care, paid leave, health care, transportation and family leave, U.S. social policy chooses to shift the cost of having and raising children onto women. We do that directly by shifting the risk of getting pregnant to employed women. We also do that indirectly by diminishing and undervaluing care work, a female-dominated class of workers.

As luck would have it, Jessica was studying how parents make all kinds of decisions about jobs, schooling and household labor when the biggest test case in recent memory — Covid and the ensuing public health crisis — hit the United States. On Twitter, Jessica shared a particularly revealing excerpt from some of her interviews with anti-vaccine and anti-mask parents. A respondent, Tory, was a former nurse. Jessica describes Tory as “a white, Republican mom and former nurse … who opposes masks and vaccines.” Tory said Covid is serious only “if you’re unhealthy, if you have comorbidities.” Tory has extended family members who are at risk, but Tory suggests they “deserve what they get.”

I talked with Jessica about how someone like Tory could have exposure to health education and still be so adamantly anti-vaccine. Jessica points out that people filter education through their other identities, one of which is their political identity. She said:

My conversation with Jessica got me to thinking about recent research by Ashley Jardina at Duke University. In her book, “White Identity Politics,” Jardina shows how many more white voters now view themselves through a white racial lens. On the one hand, that could be a good thing: One goal of critical theory is to get white people to see and label the way their racial identity exists. On the other hand, white racial identity politics can easily become a politics of grievance. Tory’s interpretation of public health as an attack on her civil liberties — her God-given right to choose how she will live and ergo how others around her might die — sounds like a strident political identity of grievance.

A lot of Jessica’s research is about mothers. For well-known reasons, mothers are a bellwether for household decision-making. But I did not want to let fathers off the hook in thinking about how political entrenchment is fueling politicized grievance over vaccines. Where the heck are the fathers in all of this, I asked Jessica. She said:

Fathers aren’t missing in the community-level debates about public health. They are just managing a different thread of denialism. In both instances, these aren’t divisions amenable to public health messaging or education. Parents who reject vaccines and masks for themselves and their children are making decisions rooted in household divisions of labor — Mom’s work versus Dad’s work — and a broader culture of political grievance that can turn any scientific fact into a cultural war.

I am reading more from Jessica Calarco’s research on modern parenting and inequality. Our conversation touched on everything from eugenics to school vouchers. I do not cover it all in the newsletter, but Jessica’s research is well worth a read. You can read more about her work on parents and vaccine refusals.

Chad Wellman at the University of Virginia has a thought-provoking essay that explores the question: “What is college?” I have also written a great deal about the inherent contradictions in U.S. higher education. Chad is doing it against the backdrop of the slow-moving, all-encompassing distress sweeping over colleges and universities because of Covid’s many shocks to the system.

What I’m listening to

Leon Bridges’s latest album, “Gold-Diggers Sound,” is the kind of R&B album that must be very hard to make these days, judging by how hard of a time I have finding them. It is a cohesive album with a strong soul male vocal performance. The instrumentation is sometimes better than the songwriting, but that is a quibble. I don’t even notice as I am singing along.

Lil Nas X has released a beautiful, subversive cover of the Dolly Parton classic “Jolene” for BBC Radio 1. The musical performance is subjective. Some of the notes don’t quite land. But Nas X’s vocal and embodied performance shines. He owns the gender pronouns of Parton’s original, infusing the lovesick lyrics with queer politics. The artist has proved his ability to subvert a middlebrow audience’s gender expectations. Doing that in country music — a genre that strictly polices gender binaries — is brave and fun to watch. I have written extensively about Lil Nas X as heir to Parton’s revolutionary brand of gender subversion. This performance is another step in his path to pop culture vanguard.

Tressie McMillan Cottom (@tressiemcphd) is an associate professor at the University of North Carolina at Chapel Hill School of Information and Library Science, the author of “Thick: And Other Essays” and a 2020 MacArthur fellow.

Robert E. Lee’s Statues Are Gone. That’s Not the End of His Story. 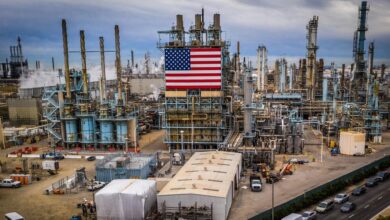 What Is Our Moral Obligation in Ukraine?

How the ‘Green Wave’ Movement Did the Unthinkable in Latin America

Do I Have to Read My Child Antiracist Books, Even When They’re Bad?