When Elon Musk walked into Twitter headquarters in late October carrying a sink, it seemed like that image might be the lasting one to exemplify the unfolding chaos and showmanship of the Musk Twitter era. In early November, however, as layoffs roiled the company and former employees announced their departures on Twitter, a new image emerged: the saluting-face emoji.

Like all emojis, the saluting face looks different on different platforms. The Apple version has half of the face missing, to fit the raised hand into the frame. This gives it an unsettling quality, as if it’s in danger. The Twitter version has two intense eyebrows and a straight mouth, implying a grim acceptance of fate.

A military salute, of course, implies respect and solemnity, which is one of the reasons the emoji has worked so well as a gesture made on Slack to co-workers as the ship goes down. It is also a symbol of dignified resignation, and a response not only to Twitter’s unpredictable layoffs but also the tech industry’s other mass firings.

And it has been gaining broader appeal, with the help of Gen Z’s emoji irony. “emoji of the year i think,” enthused one Twitter user, in a tweet that has over 80,000 likes, “genuinely don’t remember how i used to communicate before it”

The salutes gained traction on the evening of Nov. 3, when an unsigned email told Twitter’s 7,500 employees that they would be learning via email the following day whether or not they had a job. Within a few hours, employees began seeing their access to company communications disappearing.

During the first round of cuts “employees were on Slack, and they would announce that they had lost access to Gmail and salute one last time in Slack, and everyone was saluting back, and then they would announce on the private channel that they had lost all access,” said Peter Clowes, an engineer based in Boulder, Colo., who recently left Twitter. “Remember, nobody knew how big the cuts would be. They just knew that they would happen sometime that night. It was really eerie, seeing the salutes start to dwindle, and then disappear.”

From there, the saluting hands migrated to Twitter itself, and then — as more companies like Meta and Amazon announced layoffs — it was used within those companies in much the same way: a long goodbye between departing employees and their last-standing co-workers. At one point, during an online exchange between Elon Musk and an engineer, Mr. Musk announced the that engineer had been fired. The engineer’s response? A cheeky salute.

Emojis have a special power to acquire meaning in real time, as some have theorized. “Unlike words, we know exactly when each individual emoji came into existence and are pre-warned of new ones,” reads a 2021 academic paper on the evolving meaning of emojis.

Keith Broni, the editor in chief of Emojipedia.com, a reference site and emoji archive, said the “versatile” saluting hands emoji had not climbed the charts until very recently. As of this writing, it is the fifth most clicked-on emoji on its site, according to its Google analytics reporting. “This is the kind of stuff that happens with emojis all the time,” he said in a phone call. A symbol can be “sitting on the keyboard for years before its moment happens,” he said.

Mr. Broni says that the surge in saluting hands reminds him of previous emoji trends, like when people’s use of the scarf emoji quadrupled after Taylor Swift dropped her 2021 version of the song “All Too Well.” (In it, she discusses the scarf that she left at then-boyfriend Jake Gyllenhaal’s house.) Before it officially debuted in 2021, the saluting hands emoji was one of the “most requested” from Emojipedia users, Mr. Broni said.

In the future, Mr. Broni said, the emoji’s use will probably ebb and flow, but he believes it will remain much higher profile than before Twitter employees deployed it. “It’s certainly going to diminish over the next month or so,” he said. “But will it return back down to a low level? I would say no.”

As a symbol, tech company employees seem to use the salute to loosely identify as service people who are banding together, which can seem like an overreach to some observers.

“I will go on the record saying that all public behavior from Silicon Valley is deeply self-aggrandizing and kind of cringe,” said Ryan Broderick, who covers digital culture in his Substack newsletter, “Garbage Day.” For Mr. Broderick, who, like most tech reporters, has been watching the changes at Twitter closely, the question is: What happens after the saluting-face emoji loses steam? He wonders if the small gesture of solidarity will this prompt tech company employees to take up collective labor action and unionize.

“The saluting emoji is a great first attempt at building solidarity,” he said. “Everyone watching is saying that this is insane and horrifying and could happen at any company regardless of your free lunch.”

For those in the center, it achieved that result. According to Mr. Clowes, the former Twitter engineer, the army of saluting emojis was “probably one of the more tragically beautiful mass people group things” he has ever seen.

It was a “trivial gesture, but behind it were a lot people wondering what their life would look like in the morning,” he wrote in a Twitter direct message. “And they were saluting the others in that boat with them.”

How to Survive Your First Holiday Season as Newlyweds 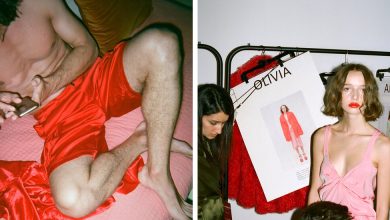