Last year, a 35-year-old woman named Amanda, who lives in the Dallas-Fort Worth area, had a miscarriage in the first trimester of her pregnancy. At a large hospital, a doctor performed a surgical procedure often used as a safe and quick method to remove tissue from a failed pregnancy.

She awoke from anesthesia to find a card signed by the nurses and a little pink and blue bracelet with a butterfly charm, a gift from the hospital to express compassion for her loss. “It was so sweet because it’s such a hard thing to go through,” Amanda said.

Eight months later, in January, Amanda, who asked to be identified by her first name to protect her privacy, experienced another first-trimester miscarriage. She said she went to the same hospital, Baylor Scott & White Medical Center, doubled over in pain and screaming as she passed a large blood clot.

But when she requested the same surgical evacuation procedure, called dilation and curettage, or D&C, she said the hospital told her no.

A D&C is the same procedure used for some abortions. In September 2021, in between Amanda’s two miscarriages, Texas implemented a law banning almost all abortions after six weeks into pregnancy.

Following the reversal of Roe v. Wade, numerous states are enacting bans or sharp restrictions on abortion. While the laws are technically intended to apply only to abortions, some patients have reported hurdles receiving standard surgical procedures or medication for the loss of desired pregnancies.

Amanda said the hospital didn’t mention the abortion law, but sent her home with instructions to return only if she was bleeding so excessively that her blood filled a diaper more than once an hour. Hospital records that Amanda shared with The New York Times noted that her embryo had no cardiac activity during that visit and on an ultrasound a week earlier. “She reports having a lot of pain” and “she appears distressed,” the records said.

“This appears to be miscarriage in process,” the records noted, but suggested waiting to confirm and advised a follow-up in seven days.

Once home, Amanda said, she sat on the toilet digging “fingernail marks in my wall” from the pain. She then moved to the bathtub, where her husband held her hand as they both cried. “The bathtub water is just dark red,” Amanda recalled. “For 48 hours, it was like a constant heavy bleed and big clots.”

She added, “It was so different from my first experience where they were so nice and so comforting, to now just feeling alone and terrified.”

Read More on the End of Roe v. Wade

The hospital declined to discuss whether Texas’s abortion laws have had any impact on its medical care. In a statement, the hospital said, “While we are not able to speak about an individual’s case due to privacy laws, our multidisciplinary team of clinicians works together to determine the appropriate treatment plan on an individual case-by-case basis. The health and safety of our patients is our top priority.”

John Seago, the president of Texas Right to Life, said he considers any obstacles miscarriage patients encounter to be “very serious situations.” He blamed such problems on “a breakdown in communication of the law, not the law itself,” adding “I have seen reports of doctors being confused, but that is a failure of our medical associations” to provide clear guidance.

The uncertain climate has led some doctors and hospitals to worry about being accused of facilitating an abortion, a fear that has also caused some pharmacists to deny or delay filling prescriptions for medication to complete miscarriages, providers and patients say. Last week, the Biden administration warned that if a pharmacy refuses to fill prescriptions for pills “including medications needed to manage a miscarriage or complications from pregnancy loss, because these medications can also be used to terminate a pregnancy — the pharmacy may be discriminating on the basis of sex.”

Delays in expelling tissue from a pregnancy that is no longer viable can lead to hemorrhaging, infections, and sometimes life-threatening sepsis, obstetricians say.

“In this post-Roe world, women with miscarriages may die,” said Dr. Monica Saxena, an emergency medicine physician at Stanford Hospital.

Misoprostol, center, and mifepristone, right, the usual medications for miscarriage, are the same pills used for medication abortions.Credit…Gabriela Bhaskar for The New York Times

Medical experts define miscarriage as a pregnancy that ends naturally before 20 weeks’ gestation. Most miscarriages occur in the first 13 weeks; pregnancy losses after 20 weeks are considered stillbirths. Miscarriage befalls about one in 10 known pregnancies, and may occur in as many as one in four when including miscarriages that occur before patients realize they are pregnant.

In typical early miscarriages, when cardiac activity has stopped, patients should be offered three options to expel tissue, said Dr. Sarah Prager, an obstetrics and gynecology professor at the University of Washington’s School of Medicine.

D&C is recommended when patients are bleeding heavily, are anemic, have blood-clotting issues or certain conditions that make them medically fragile, Dr. Prager said. Some other patients also choose D&C’s, considering them emotionally easier than a lingering process at home.

Another option is medication — usually mifepristone, which weakens the membrane lining the uterus and softens the cervix, followed by misoprostol, which causes contractions. These same pills are used for medication abortion.

The third option is “expectant management”: waiting for tissue to pass on its own, which can take weeks. It is unsuccessful for 20 percent of patients, who then need surgery or medication, said Dr. Prager, who co-authored miscarriage management guidelines for the American College of Obstetricians and Gynecologists.

When possible, patients should be allowed to choose the method because lack of choice compounds the trauma of losing a wanted pregnancy, doctors and patients said.

A dilation and curettage, or D&C, is recommended when patients are bleeding heavily, are anemic, have blood-clotting issues or certain conditions that make them medically fragile.Credit…Simon Fraser/Queen Elizabeth Hospital, via Science Source

In Wisconsin, where a 173-year-old abortion ban may soon become enforceable again, Dr. Carley Zeal, an obstetrician-gynecologist, treated a woman who said that just after abortion rights were nullified, she showed up bleeding at a hospital, which determined she had miscarried but told her “they couldn’t do a D&C because of the laws.” The hospital didn’t offer her miscarriage medication either, advising her to find an obstetrician-gynecologist to help. By the time she found Dr. Zeal, who gave her mifepristone and misoprostol, the woman had been bleeding intermittently for days, putting her at “increased risk of hemorrhage or infection.”

​​“Even in these straightforward cases of basic OB/GYN practice, the laws leave providers questioning and afraid,” Dr. Zeal said. “These laws are already hurting my patients.”

Doctors say even greater risks may occur with cases of “inevitable miscarriage,” where there is still fetal cardiac activity, but the patient’s water has broken much too early for the pregnancy to be viable, said Greer Donley, an assistant professor at the University of Pittsburgh Law School.

A study from two Dallas hospitals reported on 28 patients whose water broke or who had other serious complications before 22 weeks’ gestation, and who, because of Texas laws, didn’t receive medical intervention until there was an “immediate threat” to their lives or fetal cardiac activity stopped. On average, the patients waited nine days, and 57 percent ended up with serious infections, bleeding or other medical problems, the report said. Another article, in the New England Journal of Medicine, said similar patients returned with signs of sepsis after doctors or hospitals decided Texas’s abortion law prevented them from intervening earlier.

In such cases, Dr. Seago of Texas Right to Life said abortion bans might require delaying intervention. What he characterized as a doctor saying “‘I want to cause the death of the child today because I believe that they’re going to pass away eventually,’” is prohibited, he said. He acknowledged that such delays could cause medical complications for women but said “severe” complications could legally be treated immediately.

One of the miscarriage medications, mifepristone, must be prescribed by certified providers and cannot be dispensed by typical pharmacies. Although the certification process is simple, Dr. Lauren Thaxton, an assistant professor in the department of women’s health at the University of Texas at Austin’s Dell Medical School, said some hospitals have expressed “concern about this medication also being used for abortion and whether or not that could create some sort of bad look.”

So, in some states, doctors only prescribe misoprostol for miscarriages, which can work on its own, but less well. It is also used for other medical conditions and should be easily obtainable at pharmacies, but some have declined to fill miscarriage patients’ misoprostol prescriptions or required additional documentation from doctors, Dr. Thaxton and others said.

Cassie, a Houston woman who asked to be identified by her first name, said she learned she had miscarried the day Roe v. Wade was overturned, when her doctor detected blood in her uterus and no cardiac activity.

She was prescribed misoprostol, but said a Walgreens made her wait a day for “extra approval” from its corporate office.

“When I went to pick it up, I then had to chat with the pharmacist and had to state again, even though they were aware my doctor prescribed it, that it wasn’t for an abortion,” Cassie said.

A Walgreens spokesman said some abortion laws “require additional steps for dispensing certain prescriptions and apply to all pharmacies, including Walgreens. In these states, our pharmacists work closely with prescribers as needed, to fill lawful, clinically appropriate prescriptions.”

Dr. Thaxton said that when pharmacies delay dispensing misoprostol, some patients are financially or logistically unable to return for the medication another day. Instead, some visit doctors days later, still retaining pregnancy tissue or “having significant bleeding that needs to be managed urgently,” she said.

In March in Missouri, which now has a post-Roe abortion ban, Gabriela, who asked to be identified by her first name, said she had a blighted ovum, in which a fertilized egg implants in the uterus but doesn’t develop. “My body wouldn’t release it,” she said.

Her doctor prescribed misoprostol, but it didn’t work well enough. When she asked for mifepristone, the doctor said it was difficult to obtain there, according to a doctor’s note Gabriela shared with The Times.

The doctor ordered a second round of misoprostol, but Gabriela said, “The pharmacist at Walgreens told me she couldn’t give it to me if I was pregnant. I was able to stutter out that I was having a miscarriage, and she gave it to me. I couldn’t help but cry in front of all the people at Walgreens because I felt like I was being treated like a bad person for picking up a medication to prevent an infection.”

Dr. Prager said she’s been told that some Texas miscarriage patients had been turned away by doctors who worried the patientsmight have actually taken abortion pills that hadn’t expelled the pregnancy, two situations that appear medically identical.

“There’s a system being created where there is no trust between physicians and patients, and patients are potentially going to choose not to go to a hospital even with something like a miscarriage, because they’re fearful,” Dr. Prager said.

Some women who have miscarried and are at risk of future losses say they are considering moving from states that ban abortion or are rethinking life plans.

“We are not going to try and conceive anymore,” Amanda said. “We don’t feel like it’s safe in Texas to continue to try after what we went through.”

F.D.A. and Abbott Reach Agreement on Baby Formula to Try to Ease Shortage 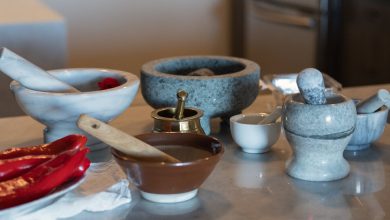 It Wouldn’t Be a Kitchen Without These Tools 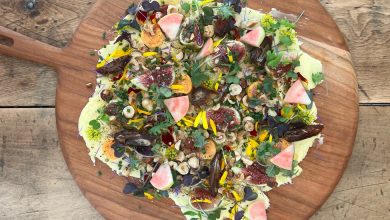 Butter Boards Are In. Spread the Word.