Good morning. It’s Tuesday. Technology is booming in Brooklyn. We’ll look at two big-money infusions for entrepreneurs and technology there. We’ll also meet a prosecutor with a history of taking on Donald Trump who is joining the Manhattan district attorney’s office. 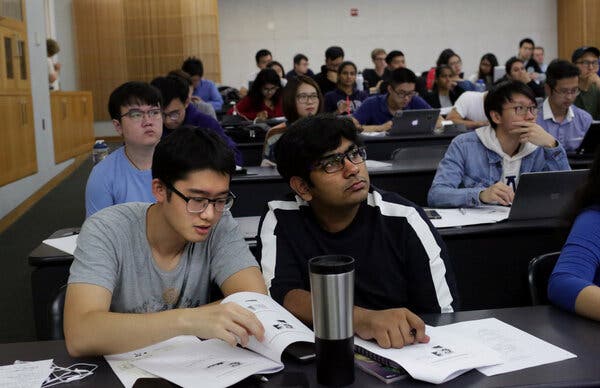 A class at New York University’s Tandon School of Engineering.Credit…Yana Paskova for The New York Times

Brooklyn, which has outpaced the rest of the city in adding tech jobs and is home to technology-reliant companies like Etsy and Kickstarter, is pulling in more money for research, development and innovation — and a large chunk is coming from the owners of the Brooklyn Nets.

This week BK-XL, a Brooklyn-based early-stage accelerator for companies started by minority entrepreneurs, began taking applications for investments of as much as $500,000. BK-XL was set up by Clara Wu Tsai, a philanthropist who with her husband, Joseph Tsai, owns Barclays Center and the Nets. She said she envisioned “an entrepreneurial hub that will be inspired and powered by location and diversity, much like Brooklyn itself.”

BK-XL will take applications through Jan. 20 before choosing 12 companies to receive initial investments of $125,000 each, in return for a 7 percent equity stake. The companies will also be eligible for additional investments of $375,000 apiece if they stay in Brooklyn for at least a year and meet their growth targets.

“When we think about the economic landscape and the opportunity to support BIPOC founders, Brooklyn is an amazing place to do that,” said Daniel Acheampong, a co-founder and general partner in Visible Hands, a venture capital firm that joined with the Tsais’ Social Justice Fund in BK-XL. She and her husband. Joseph Tsai, a co-founder of the Chinese e-commerce giant Alibaba Group, also own the New York Liberty basketball team.

“Just numbers-wise, the Black community makes up 22 percent of the city’s population, but only 3 and a half percent of New York City businesses are owned by Black entrepreneurs,” Acheampong said. “This shows there’s a gap where we should be investing in BIPOC projects.”

BK-XL says the talent pool of people of color in the technology sector is stronger in New York than in other major markets. It says that Black and Hispanic workers make up 21 percent of tech employees in the city, more than double the share in the San Francisco Bay Area or in Boston.

But Acheampong said that few minority entrepreneurs who start companies get help from accelerator programs, which typically provide financing and mentoring for start-ups for set periods. Clara Tsai said that Brooklyn “has typically lacked the kind of institutional investments needed to build a community of successful venture-backed companies, especially in communities of color.”

BK-XL will have office space in Industry City, the 16-building complex in Sunset Park that is home to new tech and biotech companies. The 12 companies will also have space there during a 10-week immersion program with BK-XL, which could help the entrepreneurs make connections for future business.

Industry City is a couple of miles from 3 MetroTech Center, the 10-story building in Downtown Brooklyn that New York University purchased in September for its Tandon School of Engineering. Last week N.Y.U. said it planned to invest $1 billion in N.Y.U. Tandon to improve its standing among competitors and raise the city’s profile in the tech sector.

The $1 billion includes $600 million that was already slated for N.Y.U.’s Tandon School of Engineering and an additional $400 million in new funds. The money will go toward revamping labs and student spaces at N.Y.U. Tandon and expanding its focus on cybersecurity, wireless technology and artificial intelligence. N.Y.U. also plans to hire 40 tenure-track faculty members.

The result will be an upgraded campus that Jelena Kovacevic, the dean of N.Y.U. Tandon, said would “like a candy store for grown-ups.”

But my colleague Kimiko de Freytas-Tamura writes that an education at N.Y.U. Tandon may be out of reach for many New Yorkers. The total cost of attending for on-campus students is more than $83,000 a year. Lower-income students typically pay less because of financial aid — about $23,000 in the 2020-21 school year, according to federal data.

That is more than double what the lowest-income students pay at Columbia University after financial aid is taken into account, according to the federal site, College Navigator. At CUNY’s College of Technology, the overall price for in-state students was close to $26,000, but with financial aid, the out-of-pocket figure dropped to less than $2,500 for the lowest-income students.

Expect cloudy skies, occasional rain and above-average temperatures today, with a high in the mid-50s. The temps won’t drop much tonight.

In effect until Thursday (Immaculate Conception).

The Manhattan district attorney, Alvin Bragg, has hired a former Justice Department official as Bragg’s office looks to accelerate its investigation of the former president.

The official, Matthew Colangelo, 48, also worked on the separate but parallel investigation of Trump by the New York State attorney general, Letitia James.

They returned to the courtroom only once, to hear Justice Juan Merchan repeat his instructions on one of the 17 counts that the Trump Organization faces. They are weighing whether actions of Trump Organization executives — in particular the company’s longtime chief financial officer, Allen Weisselberg — implicate the company itself.

The judge told the jury on Monday that the prosecution must have successfully proven that Weisselberg intended to help the company when he arranged perks for himself that included a rental apartment, cable television service and luxury cars.

Colangelo’s arrival signals the latest turn in a long-running investigation that began before Bragg took office in January. His predecessor, Cyrus Vance Jr., had directed prosecutors to present evidence to a grand jury to show that Trump had illegally inflated the value of his assets. Bragg became concerned about the strength of the case, and when he told the two prosecutors leading the investigation that he was not ready to authorize charges, they quit.

Metropolitan Diary is the place for stories by, and for, New Yorkers. Now we’re asking for your help picking the best Diary entry of the year. The voting closes on Dec. 19 at midnight.

My husband and I were on West 81st Street on an unseasonably warm fall evening. A group of us were gathered in front of the Excelsior Hotel around a very small owl that was looking up from the sidewalk with otherworldly eyes.

One man told people to avoid stepping on the owl while a woman redirected those who approached with dogs. It appeared to be a baby, though it didn’t have any baby fluff. Its tiny feathers were sleek and mature. Surely it was injured and unable to fly.

We all had our phones out, taking pictures of the bird and searching the internet for bird rescue groups. Finally, someone reached a rescue center operator and was told to bring the owl to an office on the East Side, where it would receive proper care.

“I have a box in my apartment,” one man said.

The sense of camaraderie was palpable.

“I am used to handling wild animals,” said an elegantly dressed older woman who was wearing gloves despite the warmth of the evening.

She bent down to pick up the owl, which appeared calm and quite interested in the group that had gathered. It turned its head freely to take us all in.

As the woman reached for the owl, it squawked loudly, spread its small wings and flew into the nearest tree.

A spontaneous cheer erupted as we ran to the tree to make sure our little friend really was OK. By the time we got there, it had flown into the night.

Glad we could get together here. See you tomorrow. — J.B.

P.S. Here’s today’s Mini Crossword and Spelling Bee. You can find all our puzzles here.

Melissa Guerrero, Morgan Malget and Ed Shanahan contributed to New York Today. You can reach the team at [email protected]

In Sweeping New Law, Indonesia Outlaws Sex Outside of Marriage

Black and Spanish: A National Team Starts to Reflect All of Its Nation

Time Is Running Out to Avert a Harrowing Future, Climate Panel Warns 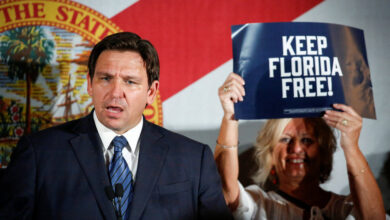