Mortgage rates rose to 5 percent for the first time in more than a decade, the kind of increase that in the past spelled trouble for the housing market. But in the current climate, the impact of the higher rates is uncertain. During the pandemic, many people, with extra savings in their pockets and in search of more space, bid up house prices. That, combined with supply chain problems that slowed construction of new homes, stoked competition and made new houses hard to come by. The inventory of homes for sale remains extremely low, and there are still more interested buyers than there are houses. But if the market doesn’t feel the sting, prospective home buyers certainly will, especially those who are already struggling with the rising costs of food, gas, cars and other everyday necessities.

In less than two weeks, Elon Musk has bought a stake of more than 9 percent in Twitter, joined the board, left the board and, now, submitted a bid to buy the company outright for $43 billion. In a filing on Thursday with the Securities and Exchange Commission, Mr. Musk said he was not “playing the back-and-forth game” and had moved “straight to the end” with his offer. But some more “back-and-forth” appears to lie ahead. Twitter’s board on Friday adopted a so-called poison pill to thwart Mr. Musk’s attempt to acquire the company. Mr. Musk has said that he has a Plan B if Twitter rejects his offer, but even so, he is likely to face intense scrutiny from the S.E.C., especially considering his history of getting in trouble with the agency and a new lawsuit accusing him of delaying his disclosure of his stake in Twitter. Mr. Musk has repeatedly expressed a desire to make Twitter content less moderated, and in his Thursday filing, he said he didn’t trust the site’s current leadership to make free speech a priority on the platform.

Inflation hit 8.5 percent in the United States in March, registering the effects of the war in Ukraine, which has sent gas prices soaring. That was the fastest 12-month pace of inflation since 1981. But economists say that March may represent a peak, since fuel costs are beginning to fall and some researchers expect consumers to stop buying so many goods. And a bright spot in the report was that the core inflation rate, which isn’t skewed by the volatile prices of food and fuel, was slightly lower in March than the month before. Lael Brainard, a Federal Reserve governor, said it was “very welcome” to see moderation in that number.

Russia is facing a payment deadline, and because of Western sanctions, it may not be able to fulfill its obligations. This month, the Russian government repaid roughly $650 million in dollar-denominated debt in rubles. As a result, S&P Global placed the country under a “selective default” rating. Moody’s, another ratings agency, said Thursday that the country could be considered in default if it did not find a way to repay its foreign currency bonds in dollars instead of rubles. Russia has a 30-day grace period to come up with the money in dollars, but that window closes on May 4, at which point Russia could default on foreign currency debt for the first time in more than a century.

United Airlines and American Airlines are set to announce their earnings this week, and it’s likely that their reports will be similar to the one from Delta Air Lines last week. Delta reported a quarterly loss, saying that high demand from travelers was counteracted by high fuel costs. But the company said it had become profitable again in March as demand remained strong and the airline was able to pass along the inflated costs to customers. As the Omicron variant of the coronavirus has receded, the industry has rebounded, and the Adobe Digital Economy Index reported that ticket sales for domestic flights in February exceeded those for the same month in 2019.

The International Monetary Fund is expected at its annual spring meetings to cut its global economic growth estimates amid worries that a growing list of countries are tipping into a recession because of Russia’s war on Ukraine. The I.M.F. already curtailed its forecasts in January, a move prompted primarily by the Omicron variant, supply chain snarls and rapid inflation. All of these troubles still ail the global economy, with some worsening, and now the war is adding another layer of strain. The global economy is still poised to grow in 2022 but at a slower pace than initially expected.

Société Générale said that it was pulling out of Russia and that the move would cost the bank $3.3 billion. The interim chief executive of Starbucks, Howard Schultz, said he was considering expanding benefits but only for nonunion employees. And the Centers for Disease Control and Prevention extended the federal transportation mask requirement by two weeks, to May 3.

Some Care Workers Are Seeing a Bump in Pay. They’re Working to Make It Last. 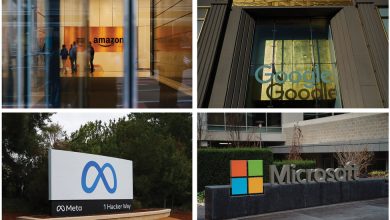 Those Dedicated to Limiting Harmful Posts Worry About Twitter Under Musk

Retail sales were lifted in September by spending and higher prices. 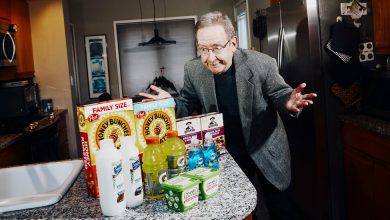 Meet the Man on a Mission to Expose Sneaky Price Increases