WASHINGTON_ The Senate on Thursday narrowly approved Tracy Stone-Manning to lead the Bureau of Land Management, capping months of efforts by Republican lawmakers to block her confirmation because of her connection to a decades-old tree spiking incident.

She is the first Senate-confirmed director of the Bureau of Land Management in five years. Ms. Stone-Manning steps into an agency that has been stretched thin ever since the Trump administration moved the B.L.M. headquarters to Colorado last year, and will soon be faced with decisions over the future of oil and gas leases on federal land in Western states.

Last month Deb Haaland, the Interior secretary, announced the B.L.M. will move its headquarters back to Washington.

The agency, which is within the Interior Department, oversees grazing, logging and drilling on 245 million acres of public land — about a tenth of the entire United States — and manages 700 million acres of mineral rights. It is responsible for balancing oil, gas and coal extraction with recreation and the protection of natural resources.

It also is key to President Biden’s goal of phasing out oil and gas drilling on federal lands. That plan that has been in limbo since a federal judge ruled that the administration does not have the authority to suspend leases.

“Few agencies are as important for protecting and promoting America’s public lands, and in the years to come the B.L.M. will play an even greater role in our government’s efforts to fight climate change,” Senator Chuck Schumer of New York, a Democrat and the majority leader, said on the floor.

Republicans have criticized Ms. Stone-Manning for objecting to former President Donald Trump’s “energy first” agenda, which prioritized the production of fossil fuels despite the role they play in heating the planet.

But Republican leaders also maintained that their opposition is based on her behavior during a tree-spiking incident in 1989, not her opposition to an expansion of oil and gas drilling.

As a graduate student in Montana, Ms. Stone-Manning, now 56, retyped and mailed a letter to the United States Forest Service warning about a plan o insert metal spikes into trees in Clearwater National Forest in Idaho. At the time, “tree spiking” was a tactic used by some environmentalists to damage logging machinery. But it could also harm or even kill the workers using that equipment.

Ms. Stone-Manning testified in that case, helping to convict two of the men involved, and has described her decision to type the letter as a way of trying to warn the authorities.

Republicans have accused Ms. Stone-Manning of lying about her connection to the incident and branded her an “eco-terrorist.”

“It’s hard to imagine a nominee more disqualified than Tracy Stone-Manning,” said Senator John Barrasso, Republican of Wyoming and ranking member of the Senate committee on energy and natural resources. “Every Senate Democrat will be responsible for her confirmation.”

Democrats on Thursday stood unanimously behind Ms. Stone-Manning. They noted that the tree-spiking incident occurred when she was in her 20s and argued that her role was one of aiding authorities. They described her as someone who spent the subsequent decades building bridges between environmentalists, ranchers and fossil fuel interests.

Most recently Ms. Stone-Manning was the senior adviser for conservation policy at the National Wildlife Federation, a nonprofit conservation group. She has also worked as an aide to former Democratic Gov. Steve Bullock of Montana and has served as the head of Montana’s environment agency.

After Mandate, 91% of Tyson Workers Are Vaccinated

Jurors are set to deliberate for a third day in the Elizabeth Holmes trial.

Nobody Really Knows How the Economy Works. A Fed Paper Is the Latest Sign.

Starbucks ends its plan to require worker vaccination and testing. 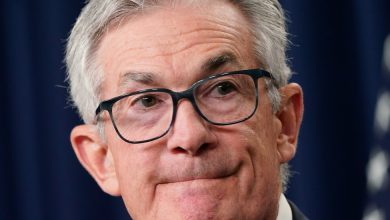 After a Big Rate Increase, Markets Fear a Recession