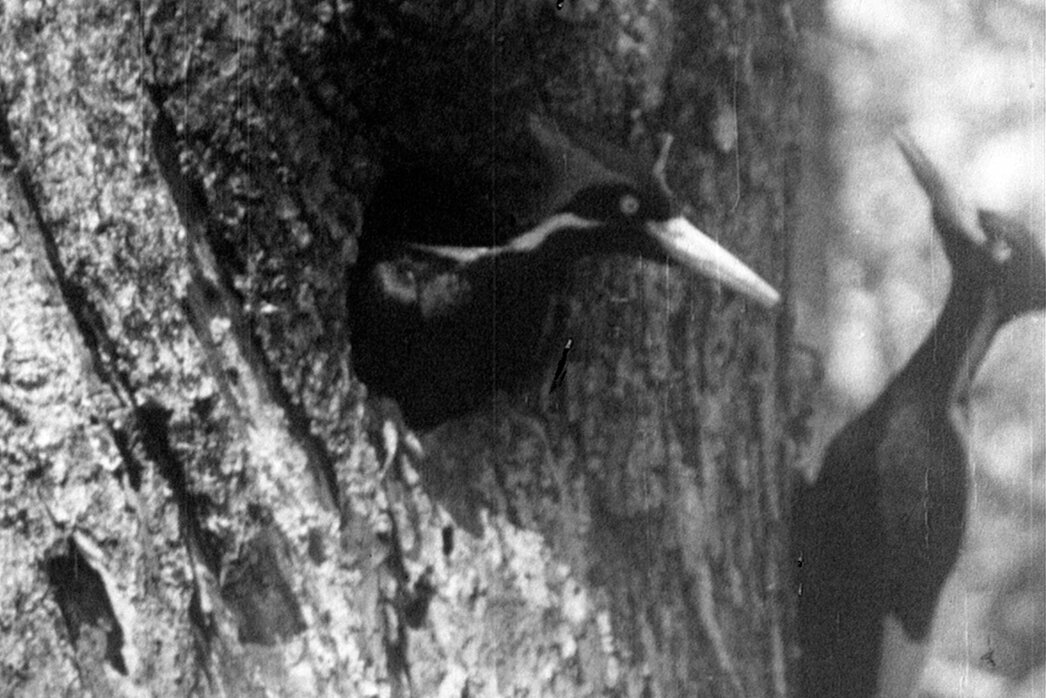 Ivory-billed woodpeckers filmed in in Louisiana in 1935, when the birds were already rare. Despite pleas from conservationists and wildlife officials, the area was later logged by the Chicago Mill and Lumber Company.CreditCredit…Arthur A. Allen/Macaulay Library at the Cornell Lab of Ornithology

Sounds of the ivory-billed woodpecker, recorded in 1935.

Arthur A. Allen, Peter Paul Kellogg/Macaulay Library at the Cornell Lab of Ornithology

The ivory-billed woodpecker, which birders have been seeking in the bayous of Arkansas, is gone forever, according to federal officials. So is the Bachman’s warbler, a yellow-breasted songbird that once migrated between the Southeastern United States and Cuba. The song of the Kauai O’o, a Hawaiian forest bird, exists only on recordings. And there is no longer any hope for several types of freshwater mussels that once filtered streams and rivers from Georgia to Illinois.

In all, 22 animals and one plant should be declared extinct and removed from the endangered species list, federal wildlife officials planned to announce on Wednesday.

The announcement could also offer a glimpse of the future. It comes amid a worsening global biodiversity crisis that threatens a million species with extinction, many within decades. Human activities like farming, logging, mining and damming take habitat from animals and pollute much of what’s left. People poach and overfish. Climate change adds new peril.

“Each of these 23 species represents a permanent loss to our nation’s natural heritage and to global biodiversity,” said Bridget Fahey, who oversees species classification for the Fish and Wildlife Service. “And it’s a sobering reminder that extinction is a consequence of human-caused environmental change.”

The extinctions include 11 birds, eight freshwater mussels, two fish, a bat and a plant. Many of them were likely extinct, or almost so, by the time the Endangered Species Act passed in 1973, officials and advocates said, so perhaps no amount of conservation would have been able to save them. 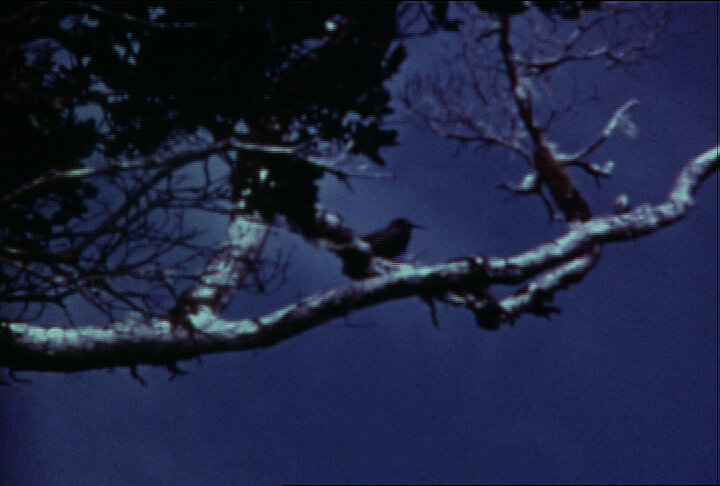 A Kauai O’o filmed some time in the 1970s or ’80s.CreditCredit…John L. Sincock/Macaulay Library at the Cornell Lab of Ornithology

Thane Pratt/Macaulay Library at the Cornell Lab of Ornithology

“The Endangered Species Act wasn’t passed in time to save most of these species,” said Noah Greenwald, endangered species director at the Center for Biological Diversity, a nonprofit group. “It’s a tragedy.”

Since the passage of the act, 54 species in the United States have been removed from the endangered list because their populations recovered, while another 48 have improved enough to move from endangered to threatened. So far, 11 listed species have been declared extinct.

A 60-day public comment period on the new batch of 23 begins on Thursday. Scientists and members of the public can provide information they would like the Fish and Wildlife Service to consider before making a final ruling.

Without conservation, scientists say, many more species would have disappeared. But with humans transforming the planet so drastically, they add, much more needs to be done.

“Biodiversity is the foundation of social and economic systems, yet we have not managed to solve the extinction crisis,” said Leah Gerber, an ecologist and director of the Center for Biodiversity Outcomes at Arizona State University.

Next month, talks will ramp up on a new global biodiversity agreement. One proposal that has gained traction recently is a plan, known as 30×30, to protect at least 30 percent of Earth’s land and oceans by 2030. 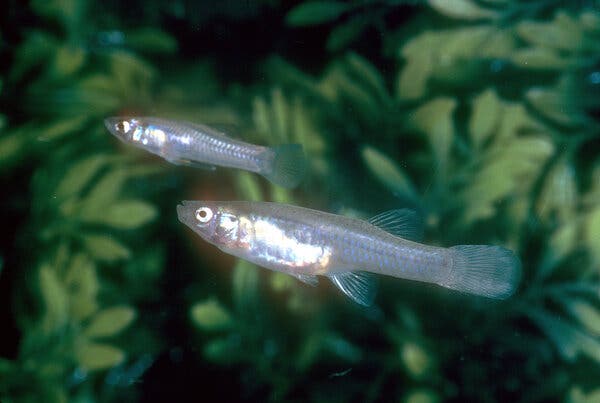 Pollution from nearby cities was one factor in the decline of the San Marcos gambusia, from the San Marcos River in Texas. It was last seen in the wild in 1983.Credit…Robert Edwards

Scientists do not declare extinctions lightly. It often takes decades of fruitless searching. About half of the species in this group were already considered extinct by the International Union for Conservation of Nature, the global authority on the status of animals and plants. The Fish and Wildlife Service moved slower in part because it is working through a backlog, officials said, and tends to prioritize providing protection for species that need it over removing protection for those that don’t.

Many of the final confirmed sightings were in the 1980s, though one Hawaiian bird was last documented in 1899 and another in 2004.

No animal in the batch has been sought more passionately than the ivory-bill, the largest woodpecker in the United States. Once inhabiting old growth forests and swamps of the Southeast, the birds declined as European settlers and their descendants cleared forests and hunted them. The last confirmed sighting was in Louisiana in 1944.

But in 2004, a kayaker named Gene Sparling set off a flurry of searching when he saw a woodpecker that looked like an ivory-bill in an Arkansas swamp. Days after hearing about it, two experienced birders, Tim Gallagher and Bobby Harrison, flew in to join him on a search. On Day 2, paddling in their kayaks, they were getting ready to stop for lunch when suddenly a big bird flew right in front of them. “Tim and I both yelled ‘Ivory-bill!’ at the same time,” Mr. Harrison recalled.

In doing so, they scared the bird away.

But the men are adamant that they got a crystal-clear look at the distinctive wing markings that distinguish an ivory-bill from its most similar relative, the pileated woodpecker. “It was unmistakable,” Mr. Gallagher said.

Controversy ensued. Some experts argued that the footage was of pileated woodpeckers. Repeated attempts by state and federal wildlife agencies to find the bird have been unsuccessful, and many experts have concluded that it is extinct.

When Amy Trahan, a biologist with the Fish and Wildlife Service, completed the most recent species assessment for the woodpecker, she said, she had to make her recommendation based on the best available science. At the end of the report, she checked a line next to the words “delist based on extinction.”

“That was probably one of the hardest things I’ve done in my career,” she said. “I literally cried.”

The Maui nukupuʻu has not been documented since 1996. This preserved specimen was collected a century earlier.Credit…Jeremy Snell/Bishop Museum Archives

Islands, where wildlife evolved in isolation, have been especially hit hard by extinctions caused by humans introducing foreign species into the ecosystem, and 11 of the species in the delisting proposal are from Hawaii and Guam. Pigs, goats and deer destroy forest habitat. Rats, mongoose and brown tree snakes prey on native birds and bats. Mosquitoes, which did not exist on Hawaii until they arrived on ships in the 1800s, kill birds by infecting them with avian malaria.

Hawaii was once home to more than 50 species of forest birds known as honeycreepers, some of them brightly colored with long, curved beaks used to drink nectar from flowers. Taking into account the proposed extinctions in this batch, only 17 species are left.

Most of the remaining species are now under heavier siege. Birds that lived higher in the mountains were once safe from avian malaria because it was too cold for mosquitoes. But because of climate change, the mosquitoes have spread higher.

Only a couple of species have shown resistance to avian malaria, she said, so most are likely to face extinction unless mosquitoes can be controlled over the whole landscape.

This collage of images from the Smithsonian archives shows six of the species included in Wednesday’s proposal, not to exact scale.Credit…Smithsonian National Museum of Natural History

Freshwater mussels are among the most imperiled groups in North America, but scientists don’t know enough about the eight species on the list to say for sure why they disappeared. The extinctions are likely connected to the reservoirs that humans built over the last 100 years, federal biologists said, essentially turning the mussels’ rivers into lakes.

Did the change in habitat affect some aspect of their carefully choreographed life cycle? Were the filter feeders also injured by sediment or pollution in the water?

Freshwater mussels rely on jaw-dropping adaptations developed over untold years of evolution. Females lure in fish with an appendage that looks like a minnow, crayfish, snail, insect or worm, depending on the species. The mussels then squirt out their larvae, which attach to the fish, forcing it to shelter and ultimately distribute them.

Perhaps the mussels went extinct because their host fish moved or disappeared itself.

“I don’t think we fully understand what we lost,” said Tyler Hern, a biologist with the Fish and Wildlife Service whose work includes freshwater mussel recovery. “These mussels had secrets that we’ll never know.” 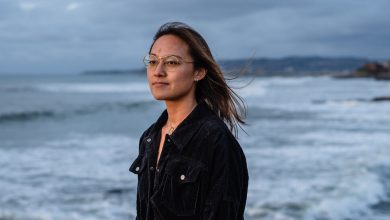 Tech Layoffs Shock Young Workers. The Older People? Not So Much.

Their Holiday Parties Are Just Getting Restarted

The Week in Business: Streaming Hits a Rough Patch

Trade Your Crypto. Buy Your NFTs. And Pay Your Taxes.