ZHENGZHOU, China — The heaviest hour of rainfall ever reliably recorded in China crashed like a miles-wide waterfall over the city of Zhengzhou on July 20, killing at least 300 people, including 14 who drowned in a subway tunnel.

In the aftermath, regional and national officials initially suggested that little could have been done in the face of a storm of such magnitude.

But an analysis of how the authorities responded that day, based on government documents, interviews with experts and Chinese news reports, shows that flaws in the subway system’s design and missteps in its operations that day almost certainly contributed to the deaths in the tunnel.

Zhengzhou’s difficulties hold lessons for other urban centers in an era of climate change — including New York City, which shut down its subway on Sept. 1 during a downpour less than half as heavy.

The flood showed the challenge that global warming poses to China’s go-go development model of the last four decades. It highlighted questions about how well China’s cities, including its subways, can cope as extreme weather occurs more frequently. Zhengzhou’s subway only began to reopen on Sunday.

“We humans need to learn to dance with wolves and survive with extreme weather and climate,” said Kong Feng, an associate professor of disaster and emergency management at China Agricultural University in Beijing, “because we currently have no better way to stop it.”

Wading through a Zhengzhou street. At least 300 people died in the flooding.Credit…Aly Song/Reuters

The Chinese government now appears to be acknowledging missteps by local officials, as well as the possibility that severe weather events will become increasingly common. In a visit nearly a month after the flood, Li Keqiang, China’s premier, warned that the country needed to address any shortfalls in preparedness “to warn future generations.” A government investigation team referred unspecified “acts of dereliction of duty” to law enforcement, according to an official statement.

The topic has become politically sensitive. Posts critical of the government’s actions have been removed from social media platforms. A Communist Party organization encouraged harassment of foreign journalists covering the disaster.

Still, the images and stories resonated across China before they disappeared. Deep in the subway tunnels, water raged outside a train’s windows like turbulent brown rapids. Commuters struggled for air as the water rose.

“I felt like I was just there waiting for my death, though I didn’t know how — whether it would be by suffocation or drowning,” said Zheng Yongle, a passenger who got stuck on Zhengzhou’s Line 5 train.

The 14 deaths on Line 5 were only one part of the catastrophe, which temporarily displaced 1.4 million people, but they resonated deeply with the public.

On the night of July 19, Zhengzhou’s meteorological service issued the first of a series of emergency alerts that continued through the next day. According to government regulations in Henan Province, which includes Zhengzhou, the alerts should have triggered the closing of all but essential businesses. For reasons that remain unclear, the city did not issue such an order.

The rain culminated in the record-setting cloudburst on July 20. From 4 p.m. to 5 p.m., 7.95 inches of rain fell, twice what the authorities had forecast over the next three hours. The deluge compared to an hourly peak of 3.15 inches in New York City on Sept. 1 and similar peak rainfall during deadly flooding in Tennessee on Aug. 21.

Christopher Burt, a weather historian for Weather Underground, a forecasting subsidiary of I.B.M., said it was the heaviest single hour of rainfall reliably measured in the center of a major city anywhere in the world.

“The Zhengzhou and Manhattan downpours show that climate change means that existing calculations of the frequency of torrential rains may no longer be valid,” he said.

The Zhengzhou Metro subway system, including its pumps, drainage ditches and pipes, was designed to meet central government drainage standards — but only for the type of storm that, under earlier assumptions, should have had a one-in-50 chance of occurring in a given year.

By contrast, Zhengzhou meteorologists estimate that a downpour like the one in July had less than a one-in-1,000 chance of occurring in a year — though China’s national meteorological agency cautioned that the country only has reliable records dating to the early 1950s.

City officials had conducted emergency drills for heavy flooding, but not for a cataclysmic deluge, said Mr. Kong of China Agricultural University.

“There are hidden vulnerabilities in the city, which were never discovered until this disaster happened,” he said.

A vulnerable point in the subway system, officials have said, was a retaining wall built in an area that the city identified more than a decade ago as prone to flooding. The wall stood beside a maintenance yard and next to the base of a slope. A six-lane avenue ran down the slope from a row of 30-floor apartment towers.

As the cloudburst raged, water sluiced down the slope. The wall collapsed. Water poured into tunnels used to bring trains aboveground for cleaning and repair, filling Line 5, one of the system’s newest and busiest.

The retaining wall collapsed at about 6 p.m., according to the Zhengzhou Metro, 10 minutes before the authorities shut the subway down. Social media accounts show that there was flooding in the system before then.

“If the subway could have suspended services beforehand, casualties could have been avoided,” Mr. Kong said.

By then, water had already begun to swamp a train on Line 5, which loops around the city center. Mr. Zheng and more than 500 other passengers were trapped.

The Zhengzhou authorities have not yet revealed why trains kept running. The next day, China’s Ministry of Transport said that subway train drivers could act immediately in response to safety issues and check with their dispatchers later.

During the deluge, the subway had seemed like a lifeline for those still trying to move around the city.

Wang Yunlong told Chinese news organizations that he and a colleague on a business trip from Shanghai had decided to take the subway because they were unable to hail a taxi from their hotel.

Although Zhengzhou Metro had begun to close some entrances, they were able to board a Line 5 train at Huanghe Road station. It went only two stops before encountering difficulties at Haitan Temple station, where it paused for about 20 minutes.

At 5:50 p.m., the train began moving again, heading toward Shakou Road through a tunnel that dips to become the deepest stretch of Line 5. The driver stopped between the two stations as the tunnel began to fill with water. He tried to reverse the train. It was too late.

What happened next unfolded in terrifying detail in photographs and videos posted to China’s social media platforms.

Some passengers were able to exit the train from the front and make their way to Shakou Road station through treacherous water surging down the tunnel. Mr. Wang and Mr. Zou were among those who tried, but Mr. Zou lost his grip and was swept away in the torrent.

Witnesses recounted a slow and confused effort to evacuate the tunnels, while passengers gasped for oxygen near the ceilings of the train’s cars as the murky water rose. Rescuers were able to reach the train when the water began to recede around 9 p.m., people who were there said.

The deaths prompted demands that those responsible be held to account.

The widow of Sha Tao, another passenger who died, posted a message on Weibo blaming the subway system for continuing to operate. In a telephone interview the day after the flooding, she had described her desperate search for him. She complained that the authorities were slow to search for him after the subway flooded.

His body and Mr. Zou’s were found nearly a week later.

“The responsibility of Zhengzhou Metro,” she wrote, “is heavy and cannot be shirked.”

Flowers left at a Line 5 subway entrance in memory of those who died.Credit…China Daily, via Reuters

Want a Can’t Miss Productivity Tip? Forget About Being Productive. 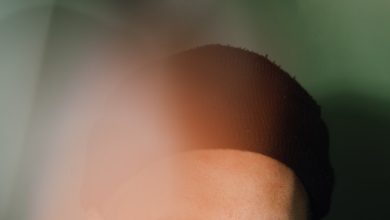 Income and Spending Lag Behind Inflation, a Sign of Economic Fragility 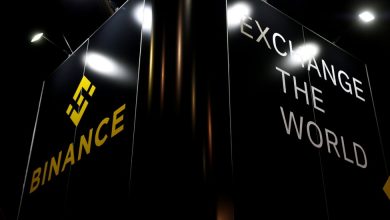 In FTX Collapse, Binance Sees a Chance to Become the New Face of Crypto