The world lost about 14 percent of its coral reefs in the decade after 2009, mainly because of climate change, according to a sweeping international report on the state of the world’s corals.

The decline underscores the catastrophic consequences of global warming while also offering some hope that some coral reefs can be saved if humans move quickly to rein in greenhouse gases.

“Coral reefs are the canary in the coal mine telling us how quickly it can go wrong,” said David Obura, one of the report’s editors and chairman of the coral specialist group for the International Union for Conservation of Nature.

Especially alarming, the report’s editors said, is the trajectory. The first global bleaching event occurred in 1998, but many reefs bounced back. That no longer appears to be the case.

“Since 2009, it’s a constant decline at the global level,” said Serge Planes, a research scientist at the Center for Island Research and Observatory of the Environment in Moorea, French Polynesia, who also edited the report.

While coral reefs cover a tiny fraction of the ocean floor, they provide outsized benefits to people. Their fish supply a critical protein source to a billion people. Their limestone branches protect coasts from storms. Their beauty supports billions of dollars in tourism. Collectively, they support an estimated $2.7 trillion per year in goods and services, according to the report, which was issued by the International Coral Reef Initiative, a partnership of countries and organizations that works to protect the world’s coral reefs.

Perhaps 900 species of coral exist, and the researchers noted that some appear more resilient to the heat and acidification that accompany climate change. Unfortunately, those tend to be slower-growing and not the more familiar, reef-building varieties that support the richest biodiversity.

Terry Hughes, who directs a center for coral reef studies at James Cook University in Australia and who was not involved with the analysis, also cautioned that the vast data underlying it, collected by more than 300 scientists in 73 countries, may skew toward healthier reefs.

“Researchers and monitoring programs often abandon sites that become degraded, or don’t establish new studies there, because nobody wants to study a reef that is covered in silt and algae instead of corals,” Dr. Hughes said.

Still, he and the report both emphasized that corals could recover or regenerate if the world limited global warming. “Many of the world’s coral reefs remain resilient and can recover if conditions permit,” the report said.

While tackling climate change is the most important factor in saving coral reefs, scientists said, reducing pollution is also critical. Corals need to be as healthy as possible to survive the warming temperatures that have already been locked in. Harmful pollution often includes human sewage and agricultural runoff that can cause algae blooms, as well as heavy metals or other chemicals from manufacturing. Destructive fishing practices also harm reefs.

The report comes just before world leaders convene next week to discuss a new global agreement on biodiversity. While some are pushing to protect the most pristine reefs, Dr. Obura said this approach would not suffice.

“People are so dependent on reefs around the world, we need to focus a lot of effort on the mediocre reefs, or all the other reefs, as well,” Dr. Obura said. “We need to keep them functioning so that people’s livelihoods can continue.”

Gone in Minutes, Out for Hours: Outage Shakes Facebook

The Best Movies and TV Shows New to Netflix, Amazon and Stan in Australia in October 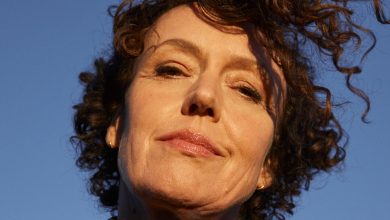 ‘She Said’ Filmmakers and Weinstein Victims: An Emotional Collaboration

Forbes Is Said to Explore Sale After SPAC Deal Collapses