In a move designed to bolster Beijing’s climate credentials, President Xi Jinping of China said Tuesday that his country would stop building coal-burning power plants overseas, ending its support for construction projects that rely on the world’s dirtiest fossil fuel.

“China will step up support for other developing countries in developing green and low carbon energy and will not build new coal-fired power projects abroad,” Mr. Xi said in prerecorded remarks to the United Nations General Assembly.

Within its own borders, China produces the largest share of global emissions of greenhouse gases. It is by far the biggest producer of coal domestically and the largest financier of coal-fired power plants abroad, with an enormous 40 gigawatts of coal power planned.

A hint of China’s shift came earlier this year. For the first time in several years, China did not fund new coal projects as part of its global development undertaking, known as the Belt and Road Initiative, in the first six months of 2021. Chinese coal projects have faced considerable resistance in countries like Bangladesh, Kenya and Vietnam, mainly by civil society groups.

In response to Mr. Xi’s pledge, the Secretary General of the United Nations, Antonio Guterres, said that “accelerating the global phaseout of coal is the single most important step to keep the 1.5-degree goal of the Paris Agreement within reach.”

Mr. Guterres has called for a moratorium on new coal-burning power plants in practically every global speech he has made on climate change, his signature issue.

Mr. Guterres also welcomed a pledge made earlier in the day by President Biden, who said his administration would seek to double aid aimed at helping developing nations address climate change, increasing a pledge he made in April to about $11.4 billion a year by 2024.

That pledge is considered critical to the success of United Nations-led climate talks that are scheduled to take place in November in Glasgow, though whether and when the money will materialize depends on congressional approval.

What Mr. Xi did not say at the General Assembly was anything about China’s coal plants at home. It is building the world’s largest fleet of coal-fired power plants within its borders, and most of its electricity still comes from coal.

Nor did Mr. Xi make any new announcements about China’s plans to rein in emissions by 2030, beyond repeating his pledge to reach peak emissions before the end of this decade. That is nowhere near what is necessary to prevent global temperature from rising more that 1.5 degrees Celsius above preindustrial levels, a point beyond which the world faces a far greater likelihood of devastating climate consequences.

Still, Mr. Xi’s announcement, coming just weeks before the United Nations-led climate talks in Glasgow, sharpens the coal dilemma for large, emerging economies like India, South Africa and Turkey, all major consumers of coal. “This is an important step by the world’s biggest provider of overseas coal finance,” said Simon Stiell, the environment minister of the island nation of Grenada, which is among the world’s smallest countries and also among the most susceptible to the harm caused by climate change. “We look forward to seeing commensurate action domestically on coal.”

Burning coal is the largest source of carbon dioxide emissions. And after a pandemic-year retreat, demand for coal is set to rise 4.5 percent this year, mainly to meet soaring electricity demand, according to the International Energy Agency.

Globally, coal is at a crossroads. Spending on coal projects dropped to its lowest level in a decade in 2019. And over the past 20 years, more coal-burning power plants have been retired or shelved than have been commissioned.

In some countries where new coal power plants were only recently being built on a grand scale, plans for new ones have been shelved (as in South Africa), reconsidered (as in Bangladesh) or facing funding troubles (as in Vietnam). In India, existing coal plants are running far below capacity and losing money. In the United States, they are being decommissioned quickly.

“China has been under a lot of pressure,” he said. “If it wants to be a climate leader, it can’t be the leading financier of overseas coal plants.”

Mr. Xi also used his General Assembly speech to reject the American portrayal of his government as authoritarian, predatory and expansionist, asserting that he supports peaceful development for all peoples and that democracy is “not a special right reserved to an individual country.”

While Mr. Xi’s language was restrained, he also alluded to China’s anger over the Biden administration’s announcement of a new security pact with Australia that will put American nuclear-powered subs in the Australian arsenal. That deal upended an Australian contract for conventional French submarines, a shift that outraged France. It also represents a new military challenge to China as it asserts increased military muscularity in the Asia Pacific region.

Without mentioning the United States or Australia by name, Mr. Xi said the world must “reject the practice of forming small circles or zero-sum games.” Disputes between countries, Mr. Xi said, are hardly avoidable and “need to be handled through dialogue and cooperation on the basis of quality and mutual respect.”

Clamping Down on ‘Spiritual Opium’

What Car Shows May Look Like, if Car Shows Have a Future 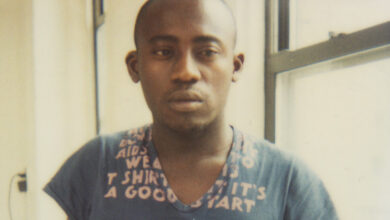 To Edward Enninful, Fashion is ‘Borderless’